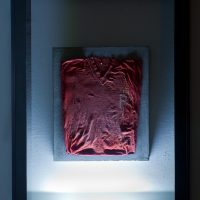 1. A Jersey No One Wears 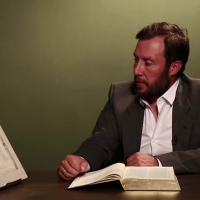 2. Icons No One Prays Before 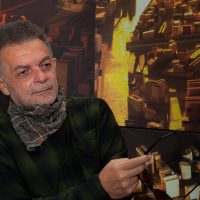 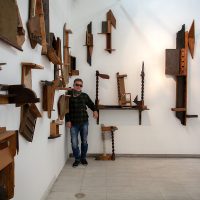 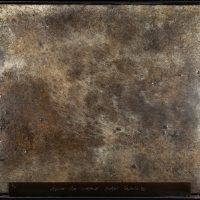 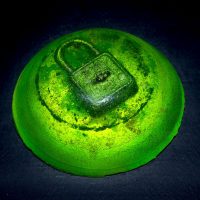 6. An object from the Night Vision, 2000 installation 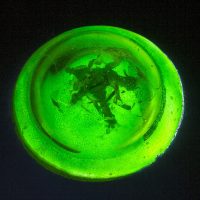 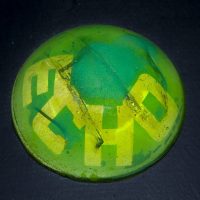 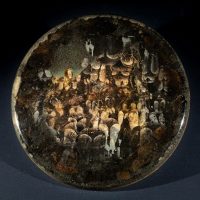 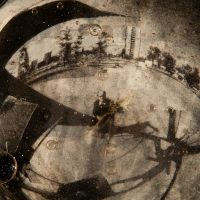 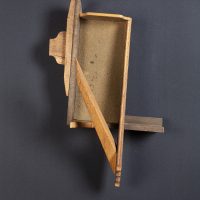 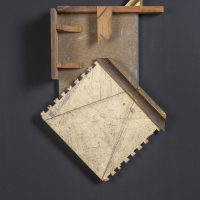 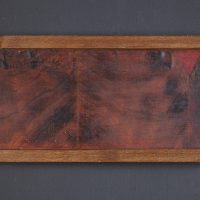 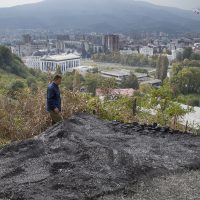 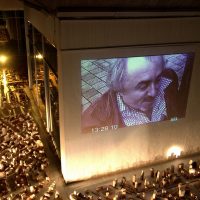 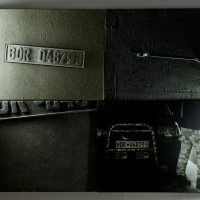 16. Registration with an expired date 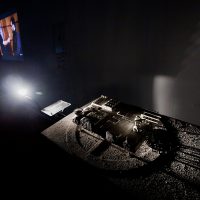 A retrospective exhibition of Jovan Shumkovski named “Water/Wall” will be held starting tomorrow on December 17 at noon, till February 28, 2021, in the Museum of Contemporary Art in Skopje. The exhibition’s curator is Zoran Petrovski, and the project is supported by the Ministry of Culture of RNM.

For visitors, the Museum is open every day except on Mondays, from 10 am to 8 pm, and on Sundays closing time of the Museum is 1 pm.

The exhibition will be held according to the protocols prescribed for the organization of public events in a situation of a pandemic.

The retrospective exhibition shows the work of one of the most important and influential Macedonian artists, whose almost four decades-long artistic practice is defined by a permanent interest for research and bold inventiveness in the formation and expression of his artistic thought and view of the world and the time we live in.

Painter by vocation, Shumkovski seeks his path as an author in the continuous innovation of visual language that includes various media, such as painting, sculpture, installation, video, photography… Constantly ready to experiment with various produced and found objects, materials, and techniques (wood waste, pigments, sand, metal, pieces of discarded furniture, epoxy resins, polyester, concrete, everyday objects, photographs, etc.), Shumkovski’s art discourse is in the process of continuous and extremely consistent development. As he often wants to say, he never starts with the realization of an artwork or project unless he can see in it a stump and perspective for several future projects.

The Water/Wall exhibition, set in two galleries of the Museum of Contemporary Art, covers exactly that developmental thread in the creation of ideas and themes in the work of this remarkable person in contemporary art in Macedonia. Conceived by Shumkovski himself, the concept of the setting, however, is not presented as a linear chronology of that development, but is more a kind of narrative montage of several, seemingly heterogeneous and complex thematic plans, but connected at the same time along the line of development of forms or contents.

The first gallery combines, on the one hand, the early works of the mid-1980s, in which Shumkovski abandons the modernist principles of adhering to the specifics and autonomy of the art media with a series of highly inventive assemblies and objects made of wood waste and furniture, approaching to sculpture and architecture, and on the other hand, the recent cycle of bricolage installations, buildings, models and videos (“R = 1: 2 / R = 1: 200” made between 2004 and 2017) in which he critically examines the space as a social sphere and the utopian aspirations of modern architecture.

The installation as an art form that unites and puts in the certain space the different art media is one of the most significant contributions of Shumkovski’s work in the recent Macedonian art and it especially refers to the monumental and impressive ambient projects such as the mentioned “R = 1: 2 / R = 1: 200 (2004), “Above the Surface” (1997), and “Night Visions” (2000). As unique and unrepeatable events, some of these installations will be presented only partially by video and photos, but above all as part of the modern procedures of the so-called. re-enactment, which means, not as a repetition or restoration, but as a re-creation, i.e. their re-invention in a different context. This re-enactment of his older installations, he realizes through the accumulation or gathering of objects used in that-time creation (wood waste, architectural models, polyester and epoxy tiles…), thus emphasizing the specific physical, but also the symbolic characteristics of accumulation as a process of creation, creation and at the same time its entropic, chaotic and anarchic decomposition.

With the introduction of glossy, reflective, and transparent synthetic materials – molded epoxy or polyester resin boards – in Shumkovski’s work from the mid-1990s, darkened spaces appeared with multiplied light reflections, mirror reflections, and echoes of distortions, somewhere unreal, somewhere disturbing images and representations that resemble a kind of dystopian, post-historical setting (the series of installations and works “Above the Surface” from 1997 and “Night Visions” from 2000). In the narrative context of these works, which are placed in the second gallery of MCA and even more directly in the production from 2000 until today, Shumkovski depicts the loss of values ​​and contradictions of the world in the global, post-ideological era created after the fall of the Iron Curtain, the cruel wars in Yugoslavia and especially the traumas of the eternal transitional state of the Macedonian society (“Canvas that no one paints”, “Jersey that no one wears”, 2010 and “Icons that no one prays to”, 2015). The sharp irony and black humor in “Three Anticipations” (2006), architectural models of buildings for future major international events in Skopje, as well as the satirical model and video for the Macedonian space program on the moon in “The Fourth Anticipation” (2008) speak clearly enough for the critical sharpness with which Shumkovski confronts the utopian expectations for a better future with the hopeless travesty of political reality.

The title of the exhibition is taken from one of the works of the artist as a metaphorical sublime of the themes and contents present in the work of Jovan Shumkovski.

Painter by vocation, Shumkovski has so far had over twenty solo exhibitions in the country and abroad (Belgrade, Sarajevo, Sofia, Ljubljana, Stockholm, Paris, New York, Alexandria, and others). In 1995 he represented Macedonia at the famous biennial in Sao Paulo, Brazil, and in 2001 at the Venice Biennale. He participated in numerous group exhibitions and important international projects. He has been a full-time professor at the Faculty of Fine Arts since 2002.