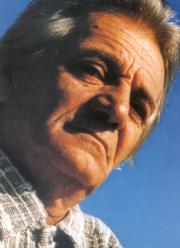 Radovan Pavlovski (1937, Nish, Serbia – 2022, Skopje) was a Macedonian poet, essayist, travel writer and publicist. He lived in Macedonia, where he completed his education, and in Zagreb (1964-1982) and Belgrade (1982-1985). He was a member of MANU, the Writers’ Association of Macedonia, the Macedonian PEN Center. He was the author of 32 works (mostly poetry books, but also travelogues and essays) and several collected works. He has won significant literary awards including: “Miladinov Brothers”, “11 Oktomvri”, “Kocho Racin”, “Aco Shopov” and others. His poetry has been translated into over 50 world languages, and he has won significant international recognition for his work. Radovan Pavlovski is one of the most translated Macedonian poets in the world.