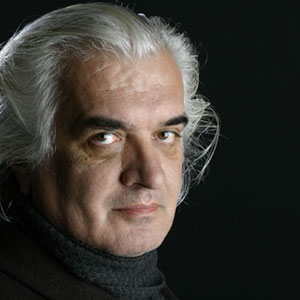 Mile Stojić was born in Dragićina (Bosnia and Herzegovina) in 1955. He is a poet, essayist, analyst and journalist. He earned a degree in South Slavic languages and literature from the Faculty of Philosophy in Sarajevo. Until June 1992 he lived in Sarajevo as a writer and an editor of literary publications. After that he worked at the Slavic Institute of Vienna University with the grade of reader. He compiled the following anthologies: Iza spustenih trepavica, an anthology of modern Croatian poetry, 1991; In Schmerz mit Wut (with A. Isaković), Bosnian war literature, 1995; Bosanskohercegovačko pjesništvo XX. stoljeca, with M. Vešović and E. Duraković, 1999. His books have been translated into German, Polish, Italian, English and Macedonian, and individual texts into some twenty languages. His poems have been included in all relevant anthologies of contemporary Bosnian-Herzegovinian and Croatian literature. He has received numerous awards. He is now a regular columnist for Dani [Sarajevo]. He lives and writes in Vienna, Zagreb and Sarajevo.