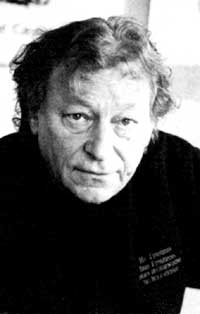 Gligor Chemerski, born in Kavadarci, Republic ol Macedonia, (1940 – 2016). Educated in Skopje, Belgrade and Paris – B.A. and M.A. in Fine Arts from the Academy of Fine Arts, Belgrade, 1965; one-year study visit to Paris (1969-70) as beneficiary of a fellowship granted by the French Government. Since then, has frequently worked and exhibited in Paris. Recently engaged on a permanent contractual basis at the Galerie du fleuve, Paris.

Painter, graphic artist and mosaicist. From 1959 till the end of the 1960s intensively involved with the aesthetics of art, arguing for artistic freedom and the intellectual supremacy of the post-war Artistic Modernism. An essay of anihological value at the time: “Living Byzantium” (1977).

Other study – visits to Egypt, Greece, Italy, The Netherlands, Sweden, the United States of America.

He has designed several large monuments in Skopje, Vrutok, Kavadarci and Kocani. The monument to liberty in Kocani comprises 320 square metres of mosaic.

He has been the recipient of numerous awards and prizes, the most recent being the third Winter Salon Grand Prix in Skopje, 1994.