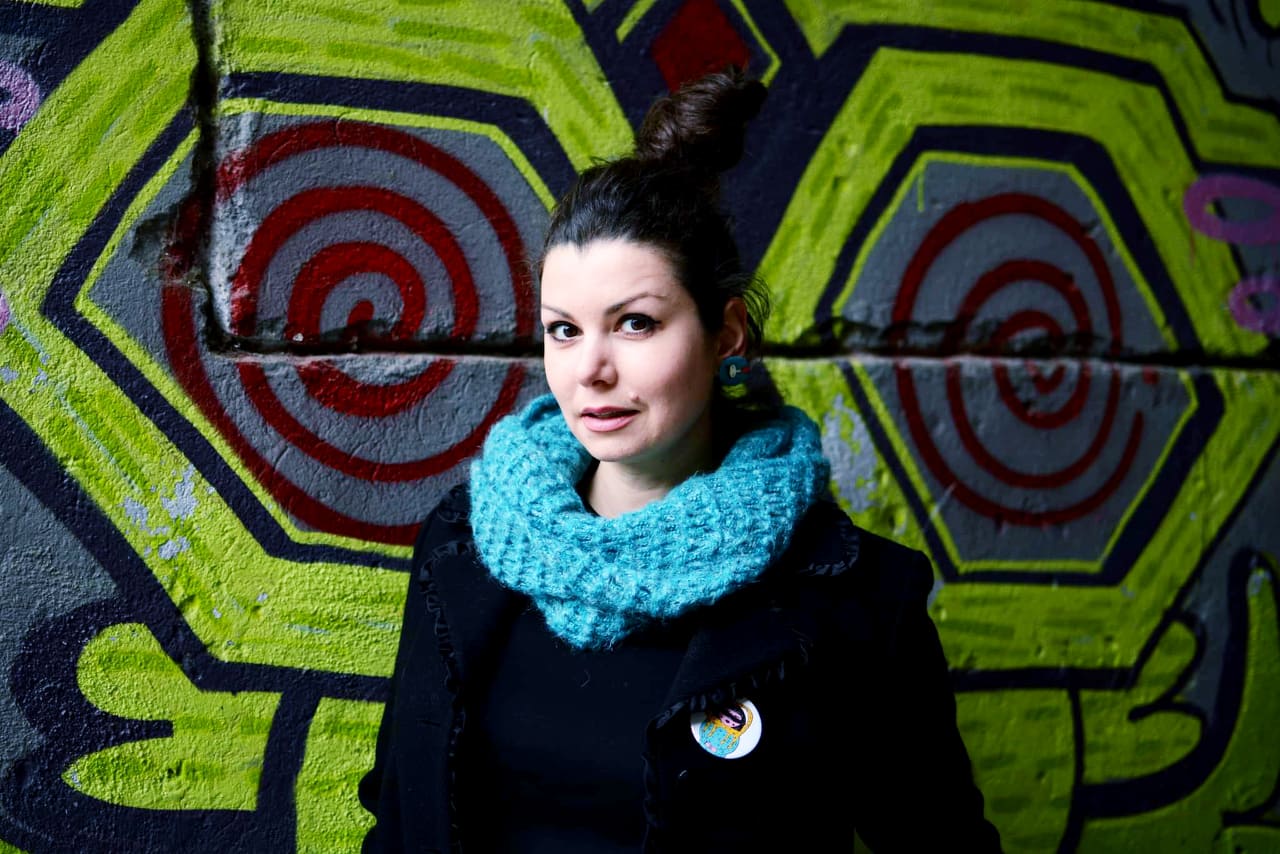 Jovkovska is the author of six books, over 1,500 interviews, 250 texts, columns, reviews, essays, and scientific papers, has held more than thirty training, moderated, organized, and participated as a speaker in over 200 debates, conferences, and tribunes.

In 2005, she received the award of the best student of her generation at the Interdisciplinary Studies in Journalism at the “Iustinianus Primus” Faculty of Law – University “Ss. Cyril and Methodius”, Skopje. As a master’s student in communications at the “Institute for Sociological and Political-Legal Research” at the University of “Ss. Cyril and Methodius” she participates in various researches in the field of communication, cultural studies, and creative industries.

In 2021, she received her master’s degree in Cultural Studies at the Institute of Macedonian Literature at the University of “Ss. Cyril and Methodius” with the theme: “Critical reflections on certain aspects of the representation of women in popular culture” under the mentorship of prof. Ana Martinoska, Ph.D., earning the scientific title of Master of Cultural Studies in Literature.

Since 2021, he is a doctoral student at the Institute of Macedonian Literature at the University of “Ss. Cyril and Methodius” in the Cultural Studies study program.

In 2020, from the Macedonian Association of Publishers, she received the third prize for the most successful domestic author in RS. Macedonia, for the book “I love, therefore I exist” (TRI, 2019).

Since 2021, Jovkovska has been employed as a scientific researcher at the Institute of Macedonian Literature in Skopje at UKIM.

Jovkovska’s beginnings as a TV personality date back to 1994, and through twenty-seven years (27) of continuous work in various media, she has conducted over 1,500 interviews, analyzing today’s socio-cultural phenomena.

She is the author, presenter, and producer of the debate show “Pulse”, which was broadcasted in 2007, and through which she contemplated the cultural-political life in Macedonian society, articulating the intellectual views of important creative public figures. With “Pulse” Jovkovska brought cultural, philosophical, and political topics into the most watched (prime-time) television, for which she was awarded several times for the best TV project in the Republic of North Macedonia

In 2019, she was invited as a guest editor and columnist at the European Platform for Art and Poetry – “Versopolis”.

Since 2020, she has been an external contributor to the portals: “Zhenski Magazin”, “Hybrid.mk” and “Prikazni.mk” as a journalist, columnist, and literary critic.

In 2019 and 2020, she worked as an educator in communication skills and public speaking at “BRAINSTER – Digital Marketing Academy”.

Jovkovska has ten (10) years of professional experience as an external collaborator and consultant on numerous projects and campaigns organized by the United Nations Agencies in Skopje – Body for Gender Equality – UN Women, United Nations Development Program – UNDP, Office for Children – UNICEF, the Office of the High Commissioner for Refugees of the United Nations – UNHCR, as well as the Delegation of the European Union in Skopje, the Embassy of the United Kingdom, the French Institute in Skopje, SOS Children’s Village and many others.

She conducts training and educational training for communication and presentation skills, public speaking, gender equality, media literacy, and personal and professional development. Develops and writes concepts and scenarios. She works as a public relations and promotion person.

In 2013, together with a group of ten enthusiasts, she founded the first Autonomous Cultural and Social Center in Skopje – AKSC, as a free zone for independent art, culture, debate, and youth activism.

Trauma as a root of sentimental executions
October 30, 2022
THE CULT OF YOUTH AND THE MYTH OF "SINGLE" GIRLS AND MOTHERS
March 30, 2022