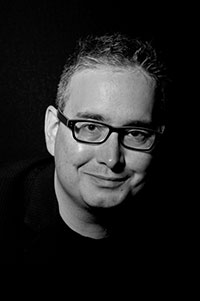 Todd Swift has published eight full collections of poetry, most recently England Is Mine (DC Books, Montreal, 2011) and When All My Disappointments Came At Once (Tightrope Books, Toronto, 2012). Swift has edited or co-edited many anthologies, including Poetry Nation, 100 Poets Against the War, with Evan Jones Modern Canadian Poets (Carcanet, 2010) and Lung Jazz: The Oxfam Book of Young British Poets (Cinnamon Press, 2011), with Kim Lockwood. His poems have appeared widely, in leading publications, including Poetry (Chicago), Poetry London, Poetry Review, Jacket, The Guardian, The Globe and Mail. His poems have appeared in key North American anthologies, including The New Canon, Open Field, and Best Canadian Poetry 2008. He has reviewed for Books in Canada and Poetry London. He has been a guest reader at many festivals, including Blue Met, The Ledbury Festival, The Cheltenham Literary Festival, The Haye-on-Wye Festival (in London), The Frankfurt Book Fair, and Maastricht International Poetry Nights. He has also performed poetry across North America and Europe, at venues in New York, Toronto, Montreal, Budapest, Prague, Paris, Ireland, and the UK. He was Oxfam GB Poet-in-residence in 2004.
As a TV screenwriter in the 1990s, Swift wrote over 100 hours of televised product, for such companies as HBO, Fox, Paramount, CBC, Hanna-Barbera and CINAR. He was Story-editor for Sailor Moon, and one of the writers for hit TV shows Young Robin Hood, and Ninja Turtles: The Next Mutation.
He is married and lives in London, where he is lecturer in English Literature & Creative Writing at Kingston University. He is Director of Eyewear Publishing Ltd, and contributing editor of The Battersea Review.

Todd Swift is member of Blesok’s International Editorial Board.