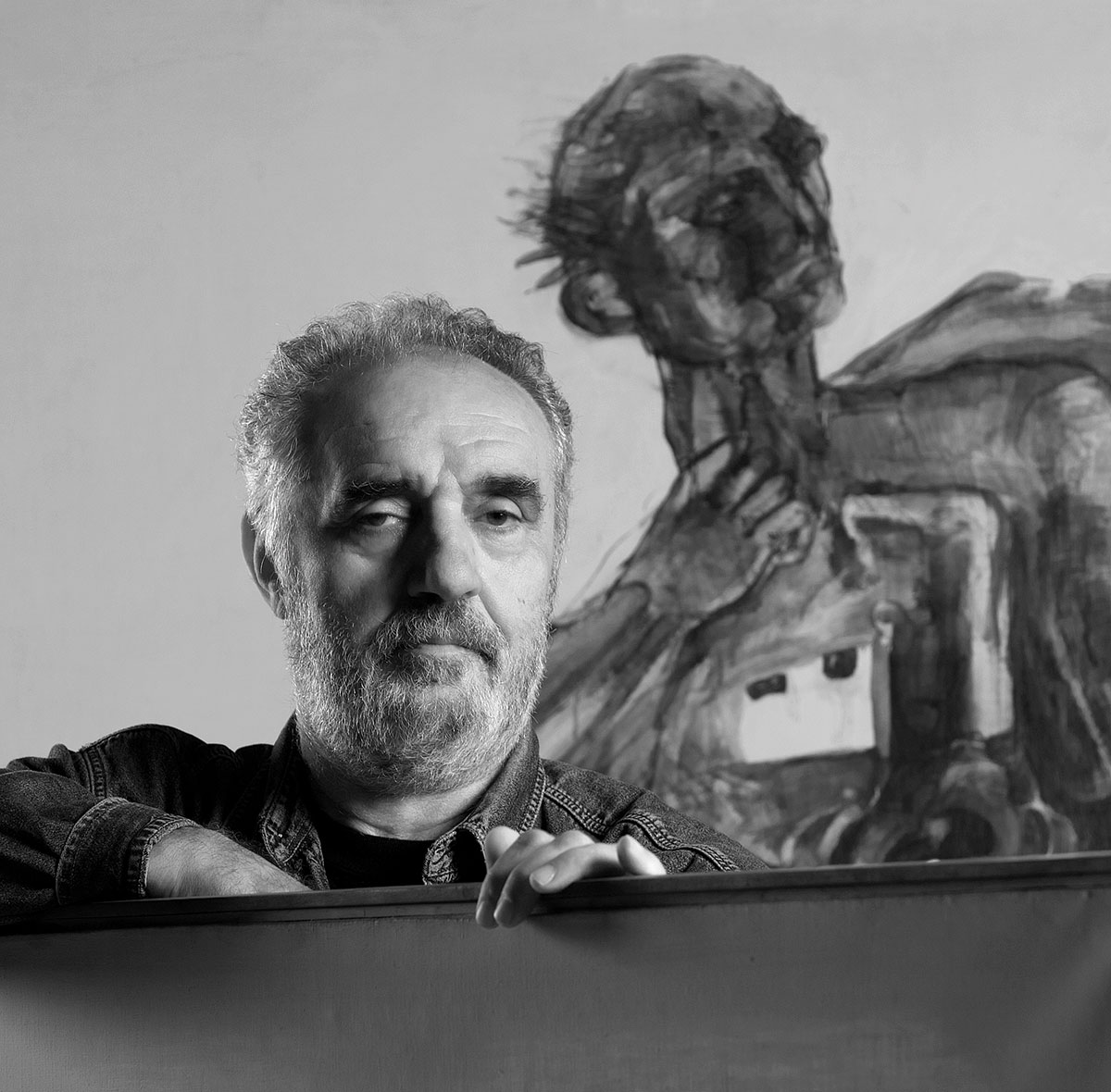 Nove Frangovski was born in Galichnik, 1939, and died in Skopje in 2017. He completed his primary and secondary education (sculpture department) in Skopje. In 1966 he graduated from the Academy of Arts in Belgrade (Department of Painting). During his studies, he participated in several student exhibitions and also participated in the “October Salon” in Belgrade in 1965. After graduation, he worked as a freelance artist, and then, from 1971 to 1978 he worked in the wood processing factory “Treska”. From 1978 to 1996 he worked in the trading company “Slavija”, and since then he has been working as a freelance artist. He became a member of DLUM (Association of Artists of Macedonia) in 1967. From 1965 he was on a student tour in the former Soviet Union, and in 1973 he enrolled in the specialization at the Academy of Fine Arts in Rome – Italy. Some of the other study stays are in: Paris – France 1977 – Winner of the scholarship “Mosha Pijade”, Czech Republic 1992, Paris – France 1997 (with Z. Jakimovski). In 1990 he founded the Galichnik Art Colony and was its organizer until 2016. He has participated in numerous group exhibitions in the country and abroad.