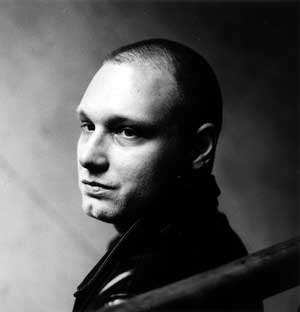 Mitja Čander was born on 9 March 1974 in Maribor. He studied comparative literature at the Faculty of Art, Ljubljana University. He entered the Slovene literary arena in the 1990s. He started working as an editor with the student magazine Tribuna. Between 1995 and 2000 he was editing the literary supplement of the Maribor literary magazine Dialogi; since 1996 he has been editor of the literary collection Beletrina, which has transformed the former concept of literary publishing in Slovenia. In 2001 he edited the anthology of Slovene short prose written by younger Slovene authors, which has so far been published in English, Hungarian, Rоmanian, Croatian and Serbian translations (Macedonian and German translations are underway). Since 1992, Čander has published a considerable number of critical essays about Slovene and world literature. For his work he has received two major awards: the Stritar Award (1998) for the best young critic, and the Glazer Prize (2000) awarded by the city of Maribor for prominent achievements in the sphere of culture. Čander is also involved in various cultural activities for the young, and works as a columnist, dramaturge and screenwriter for documentary films.
Zapiski iz noči (Notes from the night) is the author’s first book of essays compiled betwen 2001 and 2003. It was awarded as the best first book. He is already writing his second book dedicated to contemporary Slovene prose.