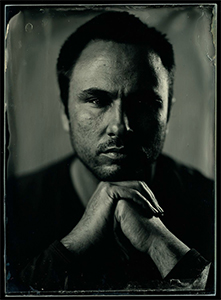 Marko Dejanovi&#263 was born in Bosnia­Herzegovina in 1982. From 1992 to 1998 he lived as a refugee in Frankfurt, Germany. He studied journalism at the University of Zagreb and has worked for ten years for RTL Televizija as well as for news, commentary and satire portals. Currently he is head of agency at the Newsroom
information service. Since late 2014 he has been performing as a stand­up comedian. He is an alumnus of the Academy for Political Development, generation of 2015. In the same year, his novel Tickets, Please! Won the Janko Polić Kamov Award for literary excellence and innovation (the only prize in Croatia open to all genres of writing).

On Omnivores and Cannibals
November 10, 2016