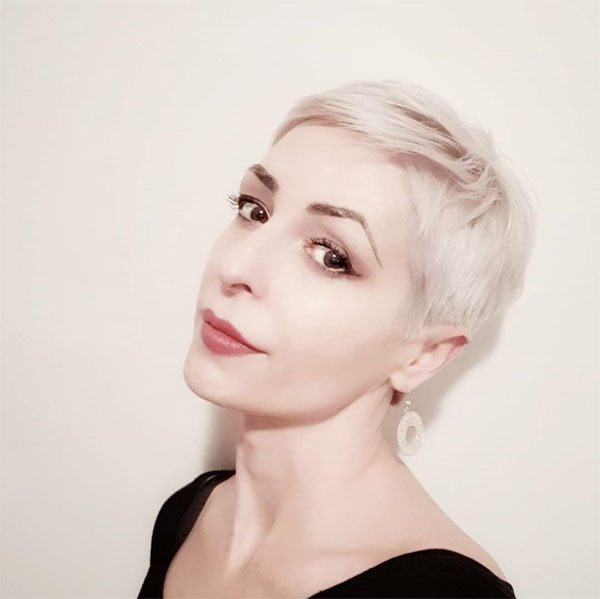 Darija Andovska (1979, Skopje) graduated in composition at the Faculty of Music in Skopje in the class of Goce Kolarovski, received her master’s degree from ZHdK in Zurich, Switzerland, in the class of Isabel Mundri (contemporary music), Domenico Ferrari and Andre Belmo (film and theatre music, production), and was a doctoral student in the class of Kaya Chernovin, Harvard Institute, USA.

Author of chamber, solo, orchestral, symphonic and choral music, as well as music for film, theater, dance and multimedia projects.

Winner of international and domestic competitions for composition, film and theater, including prizes from pre-art competitions, Switzerland, Musical Youth of Macedonia and the City of Zurich, Switzerland. Her films have been nominated and awarded at festivals such as Sarajevo Film Festival, Berlin Film Festival, Bridge Film Festival, theatrical performances nominated for MESS Festival – Sarajevo, Bosnia and Herzegovina, Vojdan Chernodrinski – Prilep, Macedonia, Joakim Vujikj – Serbia and others.

Selected among the top six young and current composers in Europe for the MusMA-Music Masters on Air 2013/14 project.

Winner of the 2013 “Virtuoso” Award for the best composer in Macedonia.

Nominated for the 2014 “Virtuoso” Award for the best composer in Macedonia.

Winner of the 2015 “Virtuoso” Award for the best composer in Macedonia.

Winner of the 2018 “Pance Peshev” Award, which is awarded by the Union of Composers of Macedonia for the highest achievement in the field of music.

Interview with Daria Andovska - Composing is my natural state
November 1, 2021