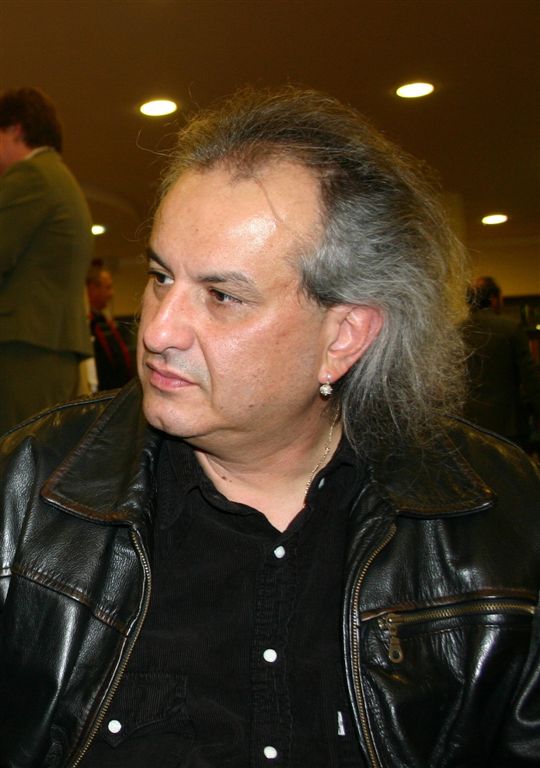 Boris Domagoj Biletić was born in Pula on 22nd March, 1957. Having finished the Grammar School and the Teacher Training College in his home-town, he graduated from the current Department of Croatian Studies and South-Slav Philology, the Faculty of Philosophy, University of Zagreb, where he also won a master’s degree in the field of modern Croatian literature. Today he lives in Rovinj where heads the City Library of Matija Vlačić Ilirik (lat. Matthias Flacius Illyricus).

Since the second half of the 1970s (more serious beginning in the Pula Literary Club, whose publication was soon banned, and in the journal Istarski borac / Ibor), his poetry, reviews, essays, studies and translations from Italian and German have appeared in the Croatian and foreign publications. His poetry has also been read in the Treći program Hrvatskog Radija / the Third Programme of the Croatian Radio – Poezija naglas. Together with the two painters, Zdravko Milić (Mala lirska kronika, 1989) and Bruno Mascarelli (Istarski rukopisi – Caligrafie istriane, 1998), a co-author of the two graphic-and-poetic maps. Included in a couple of the Croatian and foreign anthologies of the Croatian poetry, i.e. those prepared by Mirjana Strčić (Hrvatsko pjesništvo Istre 19. i 20. stoljeća – Istarska pjesmarica, Pula 1989), Ante Stamać – Ivo Sanader (U ovom strašnom času, Split, 1992; Zagreb, 1994), Łucja Danielewska (Żywe źradla, Warsaw / Poland, 1996), Josip Bratulić – Stjepan Damjanović – Vinko Brešić – Božidar Petrač… (Mila si nam ti jedina…, Zagreb, 1998), Božidar Petrač (Hrvatska uskrsna lirika: od Kranjčevića do danas, Zagreb, 2001), as well as in literary lexicons, surveys, etc… Mentioned in historical overviews Hrvatska književnost 19. i 20. stoljeća by Miroslav Šicel (Zagreb, 1997) and Povijest hrvatske književnosti by Dubravko Jelčić (Zagreb, 2004). Some poems or cycles translated into about fifteen languages.

Also known as an editor of numerous publications, mostly in the field of fiction. Until 1990, a member of the editorial board of the cultural journal Istra (Pula), the edition Istra kroz stoljeća; an active member of the Čakavski sabor. Initiator and editor-in-chief of the Pula literary, cultural and social journal (since its beginning in 1996) – Nova Istra (www.eurozine.com ; www.gradpula.com/nova_istra ; www.dhk.hr ). Member of the Association of Croatian Writers (since 1988) and its management team (three terms of reference), the Croatian P.E.N. Centre (since 1993) and member-employee of the Central Croatian Cultural and Publishing Society / Matica hrvatska (since 1990). One of the founders of the Istrian branch of the Croatian Writers’ Association (whose first president he was from 1990 to 1993), the Croatian Cultural Society of Franjo Glavinić from Rovinj as well as one of the initiators of the Days of Šoljan / Šoljanovi dani held in Rovinj. In 1997, a guest-writer within the international Zagreb Slavic School. Established the international literary meeting “Pula Essay Days” (Pulski dani eseja) in 2003. Participated in a wide range of international and Croatian poetry festivals, as well as literary meetings.

Holder of the following literary awards: Mlada Struga (Struga Evenings of Poetry, Macedonia, 1984; Zublja šutnje), Tin Ujević (1997; Radovi na nekropoli), the award given by the Austrian foundation “KulturKontakt” (2002; Bartuljska jabuka), Julije Benešić (2008; Pristrani čitatelj, I-II). Due to his literary and cultural activities, Boris Biletić was also given the Order of Danica Hrvatska with the Effigy of Marko Marulić (1996) and the Medal of the City of Rovinj (1997), as well.