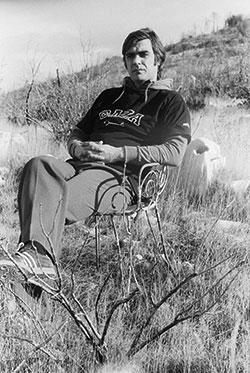 Bekim Sejranović (1972 – 2020) was born in 1972 in Brčko, Bosnia and Herzegovina. His family moved to Rijeka, Croatia in 1985. There he graduated from the Maritime Secondary School and enrolled at the University of Rijeka to study Croatian literature. The spread of the Yugoslav Wars forced him to emigrate to Norway in 1993, where he has lived ever since. He obtained a master’s degree in South Slavic literature from the University of Oslo (1999), where he also worked as a lecturer in South Slavic literature as well as in Bosnian, Croatian, and Serbian between 2001 and 2006. As he is of Bosnian descent, writes in Croatian, and holds Norwegian citizenship, he denotes himself as a Bosnian-Croatian-Norwegian writer and translator from the Norwegian. His works include the collection of short stories Fasung (The Beating, 2002) and the novels Nigdje, niotkuda (Nowhere, from Nowhere, 2008), for which he received the Meša Selimović Prize for the best new novel from Croatia, Serbia, Bosnia and Herzegovina, and Montenegro (2008); and Ljepši kraj (A Nicer Ending, 2010).