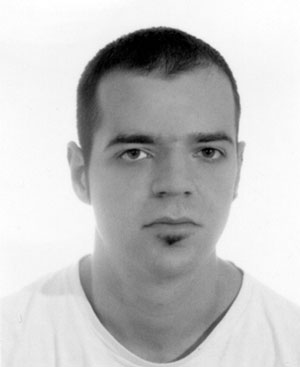 Vangel Nonevski was born on the 31st of December 1977 in Belgrade. He finished high school in 1996, in Skopje. He graduated in 2001 on the Faculty for Philosophy (Institute for philosophy) in Skopje with the thesis “The causes for confrontation between Eastern and Western cultures”. During his graduate studies, he worked in the Macedonian Radio Channel 103 for a period of one year. In 2003 he published his researches of contemporary urban music in his first book, Musical Bricolage: On the Elements of Direct Recycling in Contemporary Music. He earned his masters degree in philosophical sciences on the Faculty for Philosophy in 2006 with the thesis “The aesthetics of direct collage in contemporary urban music”. Currently he is a PhD candidate on the same Faculty with the thesis “The philosophical foundations of digital aesthetics”. He has translated five books from English language: The Third Way: The Renewal of the Social Democracy by Anthony Giddens, Beyond Postmodern Politics by Honi Fern Haber, Multicultural Citizenship by Will Kymlicka, Gaumont: A Century of French Cinema by Francois Garcon and Digital Aesthetics (not published) by Sean Cubitt. He regularly writes and publishes articles, essays, reviews, researches and columns in the fields of contemporary aesthetics, cultural studies, philosophy of politics, new media studies etc. He was a regular columnist in the weekly magazine Globus, from September 2008 through May 2011. He worked as an assistant-demonstrator on the subjects Aesthetics and History of Aesthetics on the Faculty for Philosophy in Skopje from 2003 through 2011. He currently publishes essays in the magazine Wine Spirit (from October 2009) and columns on the web portal Okno (from February 2012).