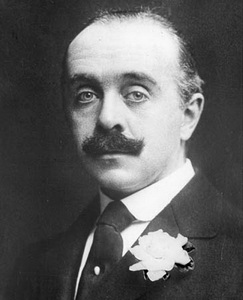 Max Beerbohm (1872–1956) was an English essayist and caricaturist. His parodies have been very popular, and Beerbohm’s humour was praised by Virginia Woolf and G. B. Shaw, among many others. Beerbohm’s first caricatures and writing appeared while he was a student at Oxford, and later, from 1898 until 1910, he was the drama critic for the Saturday Review; after that he moved to Rapallo, Italy. In his later years he was popular for his occasional radio broadcasts. His only novel, Zuleika Dobson, published in 1911 is also among his best-known works.