Home/Reviews, Gallery, Blesok no. 133 - 135/Interview with the architect Mimoza Tomić

D:        The Museums of Macedonia are part of that story. The maintenance, the alterations, the poor economic management resulted in this important Museum, together with the rich collection, being in danger today. Why do we behave like that?

M:        We are very proud of the Museums, we gave clean cubes and clean architecture. The Museums of Macedonia are functionally sound, they lay well on the terrain, which is specific although it was not easy to master. There were three museums: of Archeology, of Ethnology and of History. We used the white color to be in harmony with the Bazaar, but we covered it with white marble, waste from the Prilep marble and we incorporated it in the mosaics on the facade. Here is the wealth of Macedonia and we need to take very close care of it. That rich collection tells us where we came from. If we respect it with proper care, others will respect us. Our grandparents did not learn design, but they made quality buildings, beautiful fabrics, clothes, and fine jewelry.

These important institutions must have a maintenance service. The lack of maintenance and poor organization is our systemic shortcoming. After many years of neglect, the costs are higher and the consequences more desperate.

D:        Your project of the Museums of Macedonia was proposed by young architects-researchers as part of the exhibition held in the prestigious MOMA in New York (Toward a Concrete Utopia: Architecture in Yugoslavia, 1948–1980) How does this feel?

M:        I’m really flattered. Many young fellow architects requested a meeting with me to exchange experiences and history of post-earthquake Skopje. Thus, this project was chosen for this MOMA exhibition. Although this architecture of the Museums does not belong to the brutalist architecture, the simplicity of the construction, the dynamics of the placement on the terrain and the clean facades that are not concrete, but are a natural structured material, attracted attention within this interesting exhibition. I thank the colleagues (V. Deskov, A. Ivanovska Deskova, J. Ivanovski) who prepared the material for the exhibition. The presence at an exhibition in the prestigious MOMA Museum for me, even at this age, is a confirmation of my view that love of the profession, honesty in work, dedication and professionalism certainly confirm the value of labor. In our own country, we are witnessing the demolition of modernism, the demolition of the values that have left a quality mark in the architecture of Macedonia, we are witnessing the disrespect of copyright. Neverthless, there are institutions and analysts who know how to value all this.

D:        The “Beko” department store , later renamed “Skopjanka”, was of the rank of the Paris Galeries Lafayette or the Milan Rinascente. Maybe smaller in dimensions and volume, but it was made according to European standards.

M:        It was a challenge for me to work for the “Beko” fashion house, which was built in 1972. The client wanted to have a luxury department store. I realized my idea for an open exhibition space without pillars on the levels owing to the good structural engineers from “Beton” who followed my idea extremely well, everything was well thought out. The investors never returned the project to me for corrections. Colleagues from Belgrade and Slovenia wrote beautiful texts and reviews, and even the strictest interior designer, the colleague Gašper from Slovenia gave the best comment that it was the only department store in Yugoslavia without pillars inside, and that there was room to exhibit everything nicely.

D:        Beko endured other conversions later on, but the information that it was be assessed as a facility to be demolished came as a shock for Skopje citizens. The reactions on the social media did not help either. Did the professional community react strong enough or was it disinterested about the demolition of many buildings? I will mention here the craft shops in the Old Bazaar and Menada, which was demolished before our eyes and a building was erased, which completely wiped out the Macedonian traditional architecture at the entrance to the Old Bazaar, as well as the building of aesthetically unjustified buildings, all this so violently. The Skopje Fair was demolished, buildings from the time of the modernism were subjected to makeovers. Do we respect each other? What can we do?

M:        Beko was demolished on the pretext that there was a construction problem. That was totally not true. They could not demolish the building for 6 months. A conversion could be done. They completely trampled on authorship. Privatization was carried out in a vulgar way, a degradation of values. Those facilities were so easily handed over to private companies, and they were not given rules to respect a certain history. They had the right to do whatever they wanted.

D:        What kind of Skopje did you want then, and what hurts you the most today? What kind of Skopje or what kind of cities do we want? The identity of cities like your native Struga has been lost, Ohrid is struggling with standards that could cost it the loss of a UNESCO protected city designation, Kruševo, Bitola, etc. Those cities had an authentic aesthetic that had to be nurtured and protected with good urban plans.

M:        Skopje is the capital and it hurts me a lot that it is a messy city. It did not try to keep the Institute of Urban Planning and Architecture. There is no urban planning in Skopje and that is unfortunate. In the past, the Institute had a horticulture department and it was known how much greenery there should be per each resident. The city needs to be constantly refreshed, the facades should be refreshed, we should know where the pedestrian crossings are, we should pay attention to hygiene, these are the most trivial things. You can teach residents discipline if you create the conditions for discipline. The city lacks greenery, the city depends on greenery, we are polluted, it lacks tidy yards, public green areas, a border line between sidewalks and construction. We must always be critical if we want an organized, pleasant city. Garbage is an urban problem, related to sociological studies, census, the needs of citizens. If the greenery is tidy, the bins will be clean, too.

23. макета за РСВР, неизведен- the model of the bulding for Republic Secretary for Internal Affairs, unrealized, 1985

D:        The young generations of students, master’s degree students, doctoral students (many of them study in European countries) ask for consultations with you, deal with topics about Skopje, urban problems and critically approach the problem. You welcome them warmly and are not selfish in sharing history, knowledge and advice that is passed on through education.

M:        I urge young architects to respect each other, to create an atmosphere of mutual respect, it is a culture that is required by the profession itself. Young people should fight for their idea, not force it, but be functionalists, rationalists and good constructors. They should not be afraid to innovate, because idea is important for the architect. Maybe they should be louder in respecting the history of their predecessors and upgrade it, add to it. Each period leaves its own mark on the culture of a city. We have lost this continuity.

D:        How do you manage to maintain the positive energy that fills you in the loneliness we all feel today.

M:        By the harmony in the family, every day with my children, grandchildren, great-grandchildren who make me happy. I’m sorry I can not walk around the city, but I read a lot, including the new professional literature, I go back to many books through which I review the philosophy of architecture, the sociology of cities and I often go back to re-reading the topic of urban planning as a utopia or reality. My love for flowers fills me, it is my hobby.

I respect Japanese culture and philosophy and Hindu traditional thinkers. Young people have taught me to use the Internet if I want more information. Man learns while he’s alive. 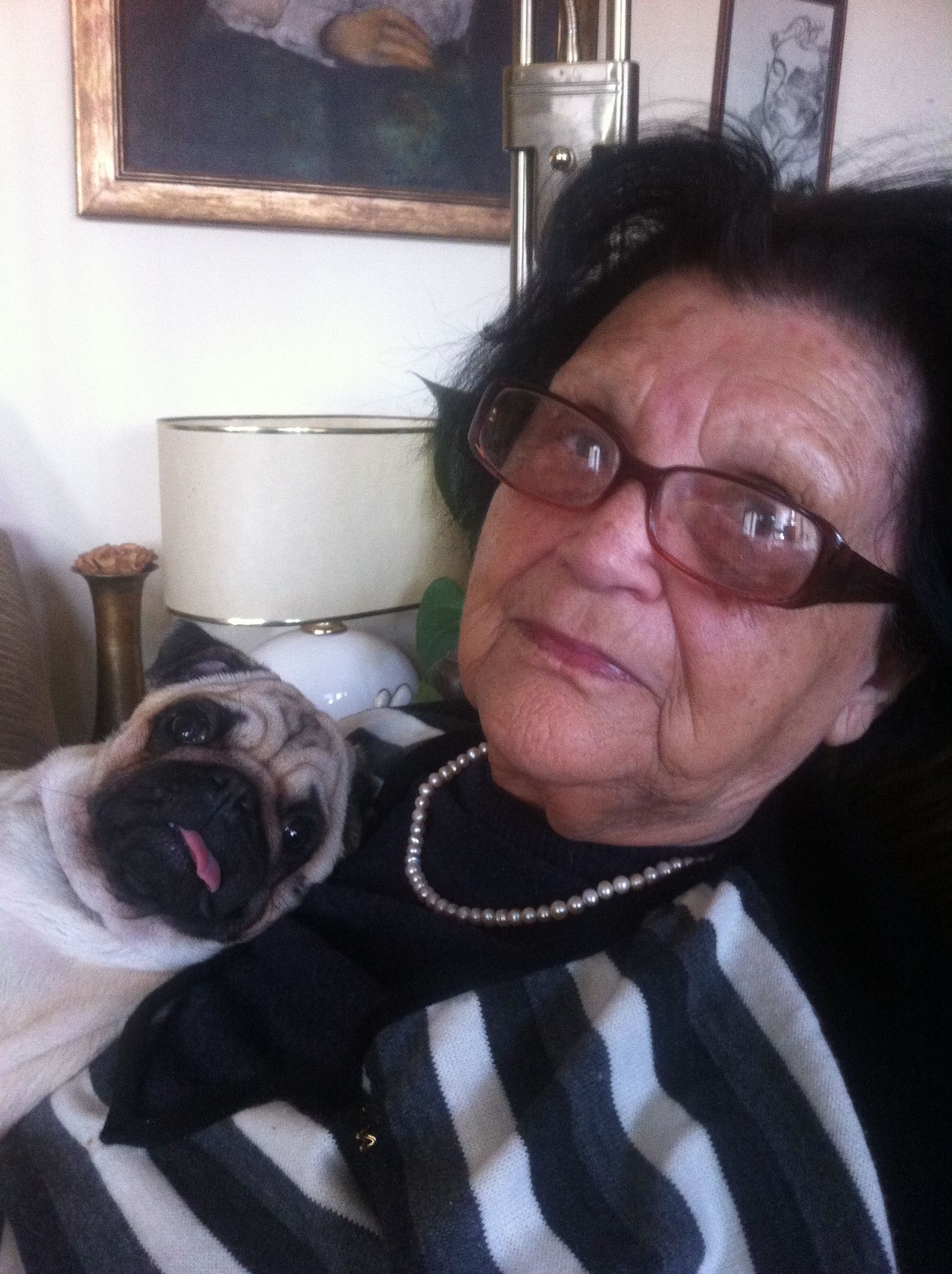