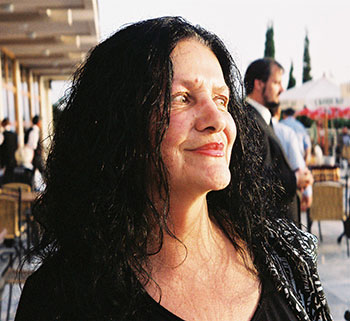 Svetlana Hristova-Jocić (b. Resen 27.02.1941 – d. Skopje, 27.04.2012) was Macedonian poetess, essayist, writer for children. She graduated from the Faculty of Philosophy in Skopje. She worked as a journalist with Radio Skopje and was both secretary and president of the Macedonian Writers’ Association, being its member since 1971. Hristova Jocić was also a member of the Macedonian P.E.N. Centre. She was a founder and editor-in-chief of the review “Stožer”. She established the international manifestation “Macedonian Spiritual Shelters”, and was both the founder and editor-in-chief of the magazine “Portal”.
Her work, comprising over 20 books, was recognized by numerous awards, including the “Miladinov Brothers”, “Vančo Nikoleski” and “Dimitar Mitrev” prizes.