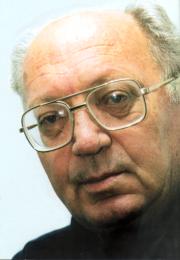 essayist, novelist, translator. Born 18th June 1935 in Bitola. Graduated from the Faculty of Philology in Skopje. Was an editor of artistic literature with the publishing house “Misla” and for the Macedonian People’s Theatre. Was editor with the literary journal “Razgledi”. Ph.D. in Philology. Was professor at the Faculty of Philology “Blaze Koneski” in Skopje. He also headed the Institute for Macedonian Literature. One-time President of the Council of the Struga Poetry Evenings Festival. Member of the Macedonian Writers’ Association.