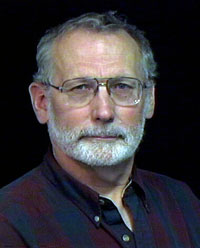 Robert Murray Davis has traveled in and published articles and reviews about Central and Southeastern Europe since 1981. His book, After the Deluge, Us: Central European Writing after Communism, is being considered by an American publisher. His selection of contemporary American short stories will be published in Slovenian translation later this year. Live White Male, his second book of poems, is a companion to his advice book Mid-Life Mojo: A Guide for the Newly Single Male. Among his two dozen books are two volumes of memoirs, a selection of his essays about the American West, and bibliographical and critical works on English and American fiction.