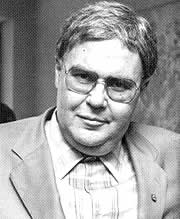 Raymond Carver (1939-1988), American writer, best known for his highly readable, intensely absorbing short stories. Carver’s background and the difficulties of his adult life provided much of the material for his writing, which frequently focuses on lost dreams, failed relationships, and disillusionment. He is recognized as one of the foremost short-story writers in the English language and is credited with reviving popular interest in the form in the 1980s.

Carver was born in Clatskanie, Oregon, to working-class parents. He began writing in 1958 after studying creative writing at Chico State College in California. He eventually earned a B.A. degree in 1963 from Humboldt State College. Before the publication of his first collection of short stories, Put Yourself in My Shoes (1974), Carver wrote two volumes of poetry, Near Klamath (1968) and Winter Insomnia (1970).

In the late 1960s and the 1970s, Carver was repeatedly hospitalized as a result of alcoholism. By drawing on these experiences for his writing, he achieved much of his early success, and many of the characters in his stories deal with difficulties related to drinking. When developing his stories, Carver often reworked them several times—for instance, the story “The Bath” eventually became the award-winning “A Small, Good Thing,” although Carver himself thought of them as two very different stories.

Will You Please Be Quiet, Please? (1976) was Carver’s first commercially successful short-story collection. His other major collections are What We Talk About When We Talk About Love (1981), Cathedral (1983), and Where I’m Calling From (1988). Elements of hope and redemption are incorporated into the stories in Cathedral, marking a notable transition in Carver’s work. Carver’s last work, the volume of poetry A New Path to the Waterfall, was published posthumously in 1989. Some of his prose is collected in Fires (1983). All of Us: The Collected Poems was published in 1998.