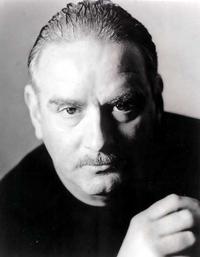 Novelist, biographer and poet Peter Ackroyd was born in London on 5 October 1949. He graduated from Clare College, Cambridge, and studied at Yale University as a Mellon Fellow. He worked for The Spectator magazine in London as literary editor (1973-7), then as joint managing editor (1978-82) and film critic.

Equally acclaimed for both his inventive biographies and his formally diverse fiction, Peter Ackroyd blends past and present, fact and fiction in his writing, much of which revolves around the city of London, evoked as both a powerful physical presence and as a sinister brooding metaphor, haunted and animated by its past and its characters, both real and imaginary.

He also displays a genius for literary impersonation, both in his biography and fiction, notably in The Last Testament of Oscar Wilde (1983), written as Wilde’s autobiography and winner of a Somerset Maugham Award. Similarly, Ackroyd was forced to employ new methods of writing biography in T. S. Eliot (1984), winner of the Whitbread Biography Award and the Heinemann Award, when he was prevented from quoting extensively from Eliot’s poetry and unpublished correspondence. His mammoth and controversial biography of Charles Dickens was published in 1990, while his biography of William Blake, published in 1995, avoided the two traditional views of Blake as either a madman or enlightened visionary. His biography of Henry VIII’s friend and chancellor, Thomas More, whose refusal to ratify Henry’s marriage to Anne Boleyn led to his own execution, was published in 1998.