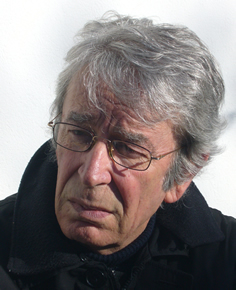 Mladen Lompar (1944 – 2017), was a poet and art critic. He graduated from history of art. He published fifteen collections of poetry (selected in the book “Dodir za gubilište”). He was editor of the review for literature, culture and social issues “Ars”. Besides literature, he also wrote art criticism and essays; his art engagement also included position of curator on one of the Cetinje Biennials. He was the Vice President of the Doclean Academy of Arts and Sciences and the first winner of Zlatni pečat Crnojevića Award. His works was translated in many languages.