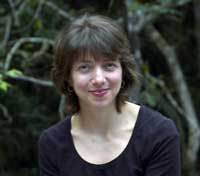 Magdalena Ball runs The Compulsive Reader at www.compulsivereader.com/html. Her short stories, editorials, poetry, reviews and articles have appeared in a wide number of printed anthologies and journals, and have won local and international awards for poetry and fiction, including shortlisting in Australia’s most prestigious poetry competition, The Newcastle Prize. Ball’s stories, essays and reviews have appeared in anthologies like The Audience Review, The Writer’s Handbook, Thylazine (where she is currently poetry editor), The Harpweaver, The Pedestal Magazine, In Our Own Words, Imago, Cordite, Astropoetica, and many others. She has participated in a range of collaborative projects. She holds a Bachelor of Arts degree in English Literature from CCNY (New York), an MBA from Charles Sturt University (Wagga), and has studied literature on a postgraduate level at Oxford University (UK). She also works as a manuscript assessor for Manuscripts Online, is a member of the BookConnector Advisory Board, an Evaluative Reader for Catchfire Press, and Information Manager for the multinational corporation Orica. Her debut novel, Sleep Before Evening (BeWrite Books, 2007), has received unanimous critical acclaim and was named as a finalist in the Regional Fiction category of the 2008 Next Generation Indie Book Awards. Her poetry chapbook Quark Soup (Picaro Press, 2006), won a 2006 “Noble” Prize for books that exhibit exceptional writing skills and explore the human condition. Her nonfiction book The Art of Assessment (Mountain Mist Productions, 2004), has become the standard textbook for aspiring review writers.