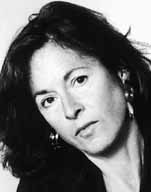 After attending Sarah Lawrence College, Bronxville, New York, and Columbia University, New York City, Louise Glück (1943) taught poetry at numerous colleges and universities. Her first collection of poetry, Firstborn (1968), uses a variety of first-person personae, all disaffected or angry. The collection’s tone disturbed many critics, but Glück ‘s exquisitely controlled language and imaginative use of rhyme and metre delighted others. Although its outlook is equally grim, her collection The House on Marshland (1975) shows a greater mastery of voice. There, as in her later volumes, Glück ‘s personae include historic and mythic figures such as Gretel and Joan of Arc. Her adoption of different perspectives became increasingly imaginative; for example, in “The Sick Child,” from the collection Descending Figure (1980), her voice is that of a mother in a museum painting looking out at the bright gallery. The poems in The Triumph of Achilles (1985), which won the National Book Critics Circle Award for poetry, address archetypal subjects of classic myth, fairy tales, and the Bible. These concerns are also evident in Ararat (1990), which has been acclaimed for searing honesty in its examination of the family and the self. Later works by Glück include The Wild Iris (1992; won the Pulitzer Prize), Meadowlands (1996), and The First Five Books of Poems (1997); she was also editor of The Best American Poetry 1993 (1993).