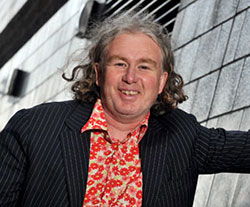 Lewis Richard Davies is a writer and publisher. His work includes novels, plays, poetry and essays. His fiction includes the novels Work, Sex and Rugby, Tree of Crowsand My Piece of Happiness. He is also a playwright with productions including Football and Spinning the Round Table both touring UK wide with several Theatre Wales nominations for best new work. His play Sex and Power at the Beau Rivage about the meeting of Rhys Davies and D H Lawrence in the French Mediterranean of Bandol was produced by Theatr Y Byd and also toured nationally. His travel book Freeways won the John Morgan Award. He won the Rhys Davies short story award for his story Mr Roopratna’s Chocolate and he has recently been writing a series of books for children entitled Tai and the Tremorfa Troll.