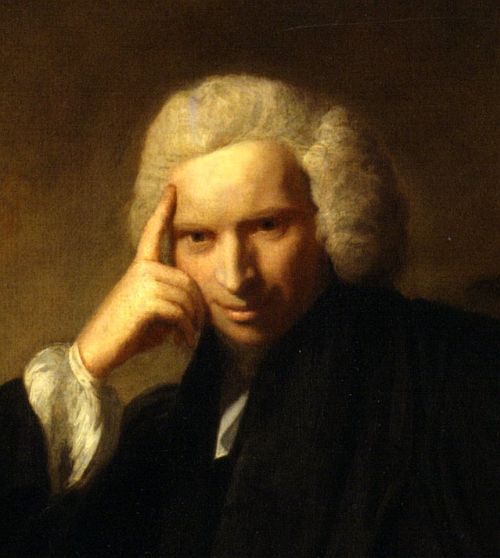 Laurence Sterne (24 November 1713 – 18 March 1768) was an Anglo-Irish novelist and an Anglican clergyman. He is best known for his novels The Life and Opinions of Tristram Shandy, Gentleman, and A Sentimental Journey Through France and Italy. The first decade of Sterne’s life was spent moving from place to place as his father was reassigned throughout Ireland.
Having discovered his talent, at the age of 46, he turned over his parishes to a curate, and gave himself up to the exercise and delight of humor writing for the rest of his life. It was while living in the countryside, having failed in his attempts to supplement his income as a farmer and struggling with tuberculosis, that Sterne began work on his most famous novel, The Life and Opinions of Tristram Shandy, Gentleman, the first volumes of which were published in 1759. Sterne was at work on his celebrated comic novel during the year that his mother died, his wife was seriously ill, and his daughter was also taken ill with a fever.
An initial, sharply satiric version was rejected by Robert Dodsley, the London printer, just when Sterne’s personal life was upset. His mother and uncle both died. His wife had a nervous breakdown and threatened suicide. The publication of Tristram Shandy made Sterne famous in London and on the continent.