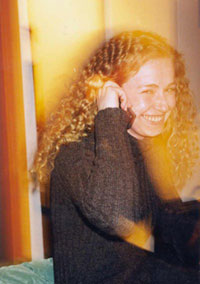 Kalina B. Isakovska was born in Skopje, 1970. She graduated at the Cathedra of History of Art with Archeology, Faculty of Philosophy, 1993. She worked as a visual arts program coordinator (1994-2003) and director (2003-2008) at the Contemporary Arts Center.
Since 2009 she is an editor at the publishing house “Blesok”. She translates from English, Serbian and Croatian language for the on-line magazine “Blesok – literature & other arts” since 2008. She has translated the book “The White Clown” by Damir Miloš. She is the editor of edition for children and youth, “Curly”.

Temporariness, Transformation and Losing of the Identity
September 2, 2012