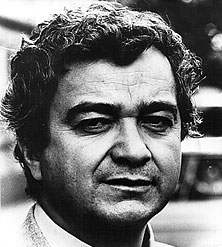 Jon Milos was born in Sutjeska, Serbia, of Romanian parents in 1930. He studied philosophy at the University of Belgrade and attained a degree in linguistics at the Sorbonne. He also studied at Ecole des Hautes Etudes in Paris. Working as a linguist, he has lived in Sweden since 1964. Considered unique in his skills by important writers in Sweden, Yougoslavia and Romania, Jon Milos has written sixteen books of poetry in Romanian, four in Swedish and four in Serbian. He translates from Swedish, Roumanian, Serbian, Macedonian and French. He received many prizes for poetry and translation.