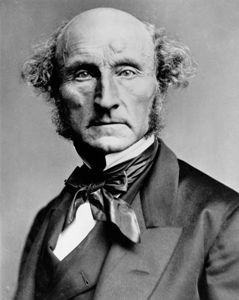 John Stuart Mill (1806–1873) was an English philosopher, political economist, and feminist. He was an influential contributor to social theory, political theory and political economy. He has been called “the most influential English-speaking philosopher of the nineteenth century”. Mill’s conception of liberty justified the freedom of the individual in opposition to unlimited state control. Mill expresses his view on freedom by illustrating how an individual’s drive to better their station, and for self-improvement, is the sole source of true freedom. He was a proponent of utilitarianism, an ethical theory developed by Jeremy Bentham. His works include: On Liberty, The Spirit of the Age, On Nature, etc.