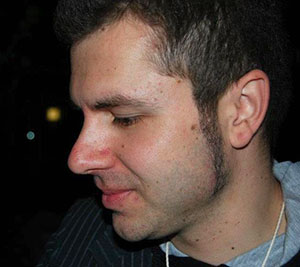 Gorjan Miloševski was born in 1981, in Skopje, Macedonia, where he works as a dramaturge, playwright and screenwriter. He started writing plays for an amateur theater group in 1998, but from 2006 he has been writing for theater and film professionally. He studied dramaturgy at the Faculty of Dramatic Arts in Skopje. Now he is a dramaturge atthe Independent Theater of Performing Arts, Theatra.
His latest text is a radio play titled Whispers of Water.