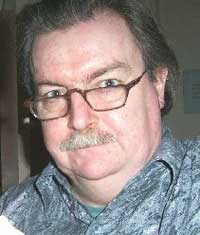 Fred Johnston was born in Belfast in 1951. He was educated in Belfast and in Toronto, Canada. His early prose was published in The Irish Press literary pages, edited by David Marcus. In 1972 he received a Hennessy Literary Award for prose. For some years he worked as a full-time journalist, and has spent time in Public Relations. In the mid-seventies, together with Neil Jordan and Peter Sheridan, he founded the Irish Writers’ Co-operative. In the late Seventies he moved to Galway where, in 1986, he founded the annual Cúirt Festival of Literature. Most recently, he has established the Western Writers’ Centre, Galway city’s first centre for those interested in creative writing. A reviewer of new poetry for a number of journals, he has gained a reputation as a thorough and principled reviewer. From an early age he has been interested in folk music, and in the nineties he formed the group Parson’s Hat which produced two albums, Cutty Wren and The Better Match. Earlier this year his solo album, Get You, was produced. He has travelled widely, especially in France, where he has read his work and lectured. For a time he lived in Algeria, North Africa. Some of his prose and poetry are influenced by contemporary French writing. He teaches Creative Writing at Galway University as part of the Adult and Continued Learning programme.