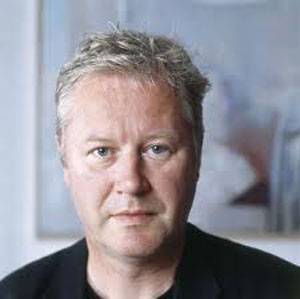 Dutch poet, was born in 1959. He has worked in the field of literary publishing for over a decade, most of this time as a poetry editor. In 1998 he became one of the organizers of the famous annual international festival of poetry in Rotterdam. In 1997 he published a collection of poems entitled “The Snub Simulator”, which received two major Dutch literary awards.