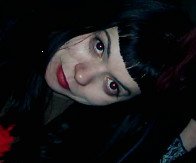 Elizabeta Lindner (born Kostadinovska) was born 1971 in Skopje, Macedonia. She studied German philology at the University “Sts. Cyril and Methodius” in Skopje. After graduating in 2001, she moved to Germany where she completed her Master’s degree in 2005 in Recent German Literature and Slavic Studies at the University of Regensburg. Since 2006 lives and works as a freelance literary translator in Berlin. In 2007, she founded and since then edits the online-magazine for Macedonian Literature in German SlovoKult (www.slovokult.de) and supports the cooperation between the translators of Macedonian literature into German. She received several scholarships and participation in workshops for literary translators (Literarisches Colloquium Berlin, Europäisches Übersetzerkollegium Straelen, Kulturstiftung NRW, Pro Helvetia etc.). In 2011, Elizabeta received a reward for literary translators of the Ministry of Culture of Austria for the translation of the novel “Cutting wood” by Thomas Bernhard.

She made translations of selected poems by Katica Kulavkova, Jovica Ivanovski, Igor Isakovski for SlovoKult, and Rainer Maria Rilke and Friedrich Hebel for Blesok, as well as numerous art critics and reviews for art exhibitions.

The critic essay about the translation of poetry, “Rapacious or Greedy for money,” was published in 2008 in Blesok No. 59.
Elizabeta translated excerpt from her Master thesis “The transformation of Golem as a mystic process in the novel ‘Golem’ by Gustav Meyrink” for the special publication of the Jewish Community of Macedonia in 2012.

Elizabeta Lindner is member of Blesok’s International Editorial Board.