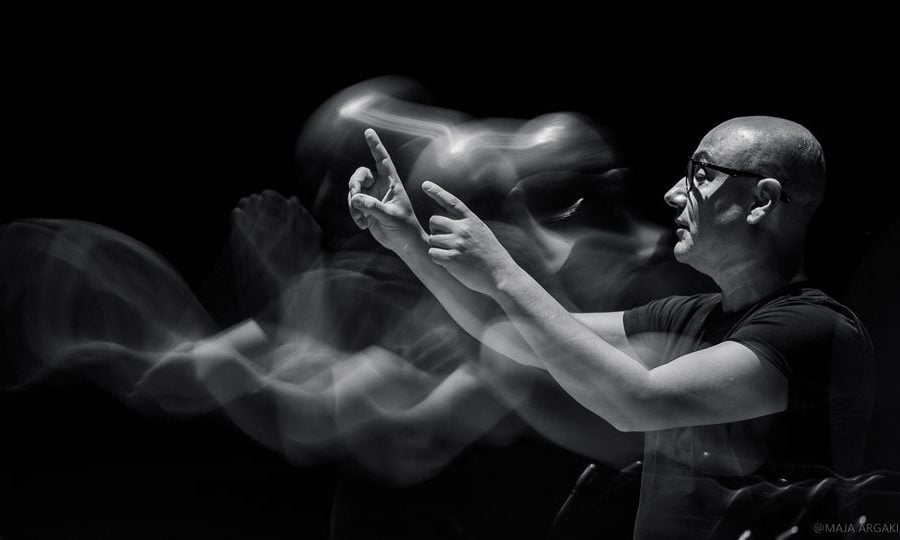 He is a versatile musician with extensive musical experience and a long career – from principal horn player in the Macedonian Philharmonic, to a skilled performer of improvised music or jazz (on one of the many instruments he has mastered); from conducting international orchestras to composing and arranging scores for film and theatre, to playing guitar or keyboards with rock bands, to producing albums, and appearing as the artistic director of festivals, always adding a precious original voice and incomparable musicality to his performance.

Dzijan has been working with this Magic Orchestra for some time, again making a bold and not-so-typical combination of top-notch jazz and classical music ensembles, combining the rigor of orchestral performance with the openness of jazz expression; spiced with subtle electronics, and certainly coloured by the uniqueness of his striking appearance and personality.