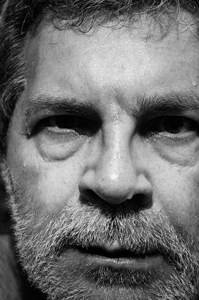 He was born in 1958 in Tetovo. Graduated lawyer by profession, he has lived with and for photography since 1978. He has learned everything about photography himself. In 1980, he was one of the founders of the Photo Cinema Studio at the House of Culture in Tetovo. At the end of 2003, he established the Photo Cinema Club “Tetovo” from Tetovo which was renamed “Chkrap!” a year or two later. In 2009, in cooperation with Robert Jankuloski from the Macedonian Centre for Photography and the Swiss Program for Culture – Western Balkans he had a photo exhibition “Life in a Box”, a photographic essay on the life of his son Mane who has cerebral paralysis. This exhibition was also staged in Prilep, Belgrade, Sarajevo and Bern (Switzerland). In 2009, he had a joint photo exhibition with the photographer Zoran Andonov entitled “Two Views on Documentary Photography”. In 2014, he had an individual photo exhibition within Skopje Summer, entitled “Photograph(ers)” which was placed at the NLB Tutunska banka gallery in Skopje. In 2016, he was the co-author of the photographic part of the book “Life Worth living” of the authors Emilija Georgievska-Nanevska and Mimoza Petrevska Georgieva. In July 2017, his photo exhibition “Short Stories” was opened in the Art Gallery of Tetovo. Apart from photography, he also works on films and video. He has been awarded for several of his experimental and short documentary films at the Days of Macedonian Amateur Films.