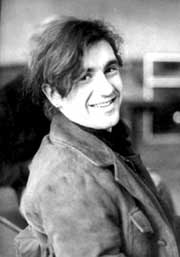 Dejan Dukovski (1969) playwright and screenwriter. He has written many plays and film and televison screenplays. Best known for his Powder Keg (1994) included here and produced over 20 times in the United States, Japan, and Europe. Without exception, all of his plays have been a huge successes: Siljan Stork Chance (1991), The Last Blkan Vampire (1991), Balkan is not Dead or magic Edelweis (1992), Screw the one who started it (1997). He is also the author of the screenplays Light Grey (1993) and Powder Keg (1995), produced with great success by France, Germany, Turkey, Yugoslavia and Greece, directed by Goran Paskaljevic. The film competed in any film festivals and was awarded several prizes (FIPRESCI, critics’ choice prize Venice, 1998, the European Association of Critics prize, London, England, 1998, etc. He teaches film and television writing at the University of “St Cyril and Methodius” in the Faculty of Dramatic Arts.