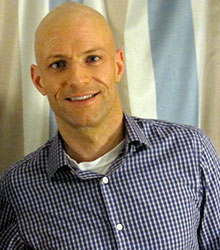 Dr. Christopher Trogan is Associate of English at the United States Merchant Marine Academy in Kings Point, New York and Lecturer at the Gallatin School of Individualized Study of New York University. Dr. Trogan received a B.A. and M.A. in Philosophy from Columbia University and an M.A. and Ph.D. in Comparative Literature from the Graduate School and University Center of the City University of New York. Dr. Trogan’s areas of research and publication focus on the interrelationship between ethics and aesthetics specifically in 19th century German literature. He has published several essays in this area including “The Paradox of Fictional Belief and Its Moral Implications” and “Feelings and Fictions: Exploring Emotion and Belief” and has also chaired panels at several international conferences. He is currently at work on a book entitled The Irresolvable Dilemma: Studies in Narrative Suicide. He teaches courses in Comparative Literature, Philosophy (Ethics and Aesthetics), and Film.

The Unspoken Possibility of Language
May 15, 2014