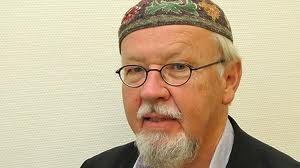 Bengt Berg is a Swedish poet & entertainer born 1946 in Torsby, Sweden. After completing public school in Torsby, Berg studied at universities in Sweden and has a master’s degree in philosophy with the subjects of literature, art history, Nordic languages, German and social anthropology, as well as a teaching degree. He has worked as a culture journalist and translator. Bengt Berg made his debut in 1974 with the poetry collection “Where the Dream Ends”, and so far has published more than 30 books… Most of his works are poetry; several are joint efforts together with artists and photographers. Poems by Bengt Berg have been translated into Nordic languages as well as English, German, Dutch, Greek, Spanish, Turkish, Polish, Russian, Latvian and Hindi. He has received a large number of awards and grants from, among others, the Swedish Academy and cultural institutions in Scandinavia.