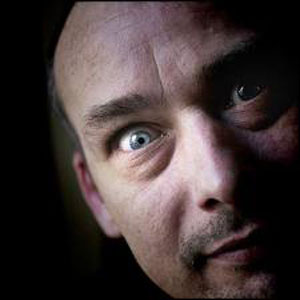 Born in the small Dutch town of Emmen in 1966. He is a poet, works on an encyclopedia about Dutch poets in the 20th Century and takes care of a weekly poetry column in the Dutch newspaper “Het Nieuwsblad van het Noorden”. He started performing in 1981, as supporting act for a punk band. With Tjitse Hofman, founding member of “The Poets from Epibreren”.
His first poetry book was published in 1988, his latest will be published in November 2000. In May 2000 he read his poetry in Armenia.

Selected poetry from some of the participants at the poetry festival “Vilenica 2000”
October 1, 2000