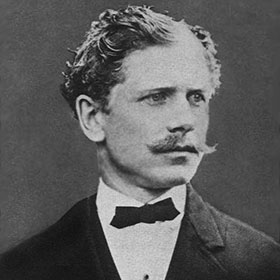 Ambrose Bierce (1842-circa 1914) is an American short story writer, satirist and journalist. His contemporaries considered Bierce master of the English language, and he is indeed a language virtuoso – his style is always economic and at the same time poetic, all his descriptions are as detailed as is necessary for the plot and there are no redundant elements. He is best known for his short stories collection Tales of Soldiers and Civilians (the tales of soldiers discuss episodes in the American Civil War in which he participated), as well as The Devil’s Dictionary which contains satiric definitions of well-known English words. Bierce is recognizable for the fantastic and fearful elements in his stories, so he is often linked to horror literature, although this is not entirely justified, i.e. he realistically rather than fantastically describes horrible events he witnessed. Pessimism, cynic writing and nihilism are the most recognizable features of his stories. In 1913, Bierce traveled to Mexico to gain first-hand experience of the Mexican Revolution. While traveling with rebel troops, he disappeared without a trace.