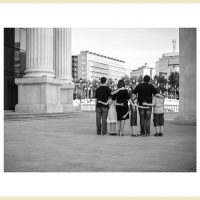 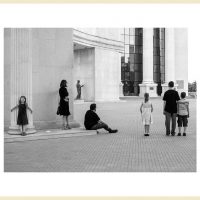 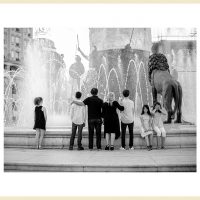 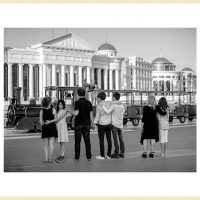 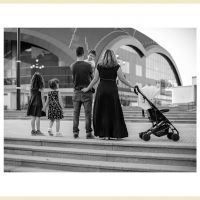 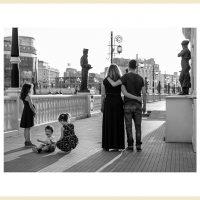 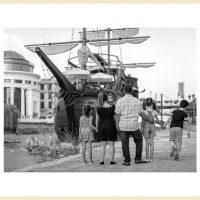 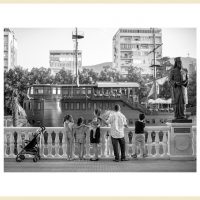 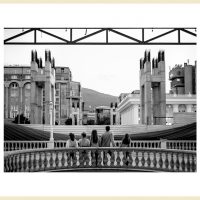 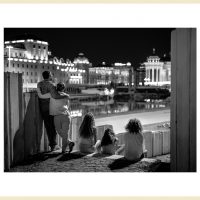 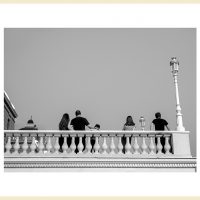 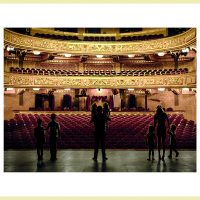 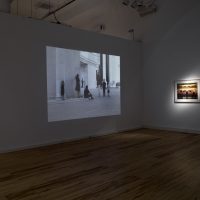 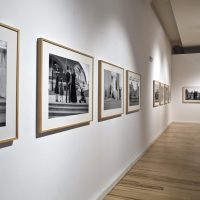 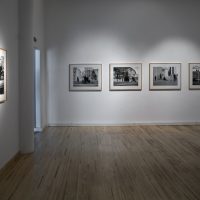 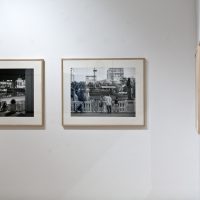 Positioning himself on the Macedonian art scene at the beginning of the nineties, Robert Jankuloski rapidly advances in the regional and European cultural space where he becomes affirmed and stands out with his innovative research in the expanded field of art. As a multimedia artist he particularly focuses his vision on photography and the numerous possibilities of this media. Through intellectual reflection, through the idea as a starting impulse and through a clear
and solid concept he develops his artistic discourse, recognizable in the juncture between history and contemporary, past and present, memory and the current, traditional and modern, intimate and public, local and global, regional and universal, emotional and rational. The new for him is not only in what has already been accomplished but also in the act of re-reading and re-interpreting of the achieved. Sublimating various postmodernist procedures in his work (citation,
deconstruction, subjective takeover of motives, work in series, fragmentation, experiment …) he has carried out a complex artistic concept with a constantly very active attitude towards society, ethics and aesthetics while respecting tradition and compromise with history.

It could be said that Robert Jankuloski belongs to a corpus of artists close to contextual artistic practices as is reflected in his affinity for working and acting in outside gallery spaces, in alternative and free urban spaces as well as by adopting in situ procedures while respecting the context, memory and meaning of the chosen space or place. Often his projects are derived through a form of artistic action or intervention that allows him a better communication and interaction with the audience. Through certain actions he carried out a strategy of provocation, discreet irony and just implied wittiness.

In the conceptual work INSTANT FAMILIES_MULTIPLICATION OF LOVE Robert Jankuloski explores the current social context of Skopje, the city in which he lives and works and which is an example and, at the same time, a victim of the consequences of the breakup of the common country (Yugoslavia) and the creation of small separate independent communities (states, republics, recognized and semirecognized statuses).

In a visual and cultural sense Skopje has experienced a fateful change for the second time in fifty years. The first time it was after the catastrophic earthquake in 1963 and the second time through the project “Skopje 2014” which is still in progress. Today, the city centre has been brought to an unrecognizable shape. A large suburban section was arranged where new buildings that look older in style than the already existing ones were built; façades on some important buildings have been changed while a large number of colossal monuments have appeared in the central square and its surroundings. It appears as if they are temporarily placed there and waiting to be transported to a permanent location. This is one of the most controversial projects on the territory of former Yugoslavia that
has been carried out in recent years.

Being engaged in art photography Robert Jankuloski has used the advantages of this media in terms of its sincerity and truthfulness; through its documentary side he depicted the scenery of the Skopje public space in which some objects and buildings look like models inserted into the composition by computer processing, with false temporary façades. He also took advantage of the manipulative possibilities of new technologies in photography and the method of staging by putting people (false families) into a setting they do not belong to. The game of false and real, their interweaving, crossing and overlapping provoke a confusing vision of reality in which it is difficult to separate the true and credible facts from manipulative and fictional and also to oppose their meanings.

In the latest project, premiered at the Contemporary Art Centre in Podgorica, while accomplishing an atmosphere of distance and the scenic he directly faced unknown people with the selected Skopje scenery, people who have no real contact and connection but who are gathered in groups so as to create an illusion of family. These “non-existent” and “unreal” families, facing the new/old “coulisses”,constructions, façades and objects (sculptures, fountains, galleys …) and with their backs turned to random observers talk about the absurdity and confusion of false-true information and facts. How to find the truth, how to determine the credibility of the spoken or presented? And is it necessary at all, when lies and manipulation are more seductive and attractive while offering constant  excitement through scandals and excesses.

The Macedonian society may be just one of the examples of these negative processes of giving legitimacy to the false and fictitious at the expense of the underestimated truth that loses significance (replacement of theses, manipulation by truth and history, false glimmer, false biographies, false life …) that take place in transition societies, especially in the ones formed by the breakup of Yugoslavia. The fate of the ordinary man/citizen, his existence, reputation and integrity is related to these processes. The artist, as a transitional paradigmatic participant, feels personal responsibility and the need to point them out, to stimulate thinking and accelerate essential positive social changes. Through his current artistic practice Robert Jankuloski successfully develops a critical discourse on the relation society-individual and society-artist/art guided by human and aesthetic criteria.