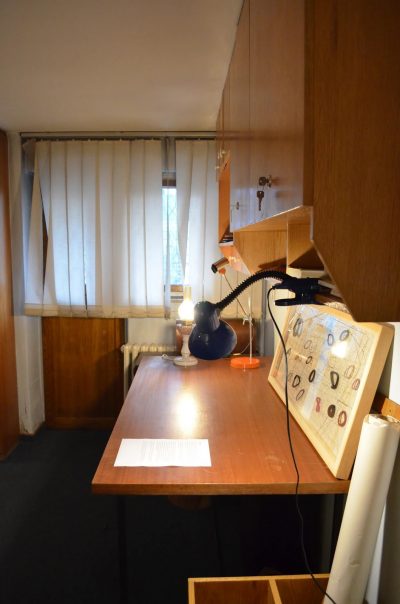 Slavica Janeslieva
Only Something This Small Can Be Everywhere 2 – In Its Small House
Drawing with colored pencils (41х100cm), empty snail shells in bell glass (45х45х8cm) and photograph (45х45cm); varying dimensions, 2019
details (below) 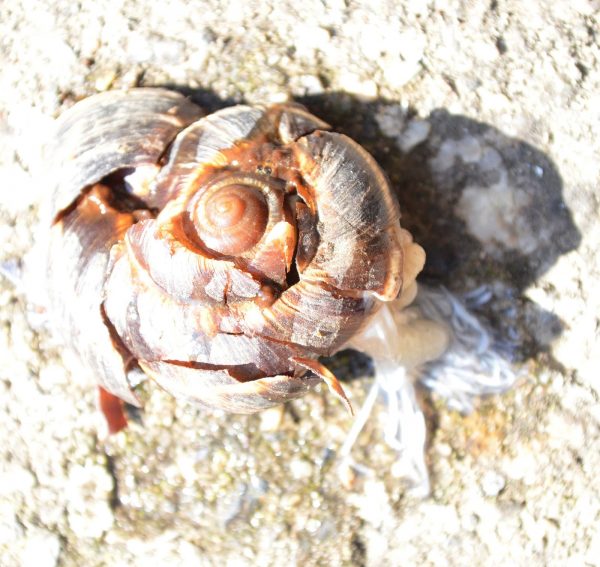 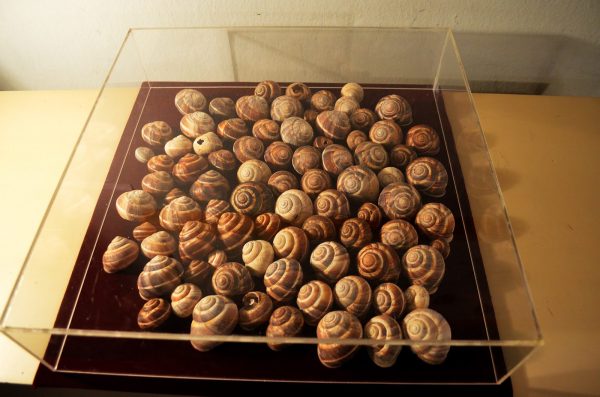 Chess as Metaphor of Life

First I found the white pawn, and after a few days the second one, but black. I didn’t find them on the same day. I saw a few more chess pieces dropped/thrown into the street, but for some reason I didn’t take them.

Why do I find chess pieces?!

Strange, but chess seems to be constantly present in my life. I’m not much of a player. I used to play more in the past, probably because my dad was still actively playing chess, and I wanted to learn so I could play opposite him. But I wasn’t very persistent.

When I play with white figures, I know only two ways of opening. Actually, you can start in a couple of ways, but I usually start with d4 or c4. Did I mention I found two chess pieces dropped/thrown in the street?

I’ve done a few chess and chess game works, but I’ve been thinking about a wrk connected to Bobby Fischer for a long time. I am fascinated by his obsession with chess and by his life. That is, the fact that his greatest success was the beginning of his end (as a chess player, that is).

Watching a documentary about Fischer and looking for symbolism about the two found chess pieces, I turn to the sixth game, from the World Chess Championship match against Spassky. Instead of the usual c4 opening (which I, as a laywoman, also know) Fischer opens with e4 and at the very beginning confuses Spassky who has been preparing his whole tactic based on Fischer’s usual opening. Did I mention I found two chess pieces dropped/thrown in the street?

“Chess like life is an existential game. All living creatures including us as kings are in a continuous game for survival until we’re checkmated and the game is over. The board is then cleared and a new game can start in a never ending cycle of struggles for survival.” [1]

Did I mention I found two chess pieces dropped/thrown in the street?? 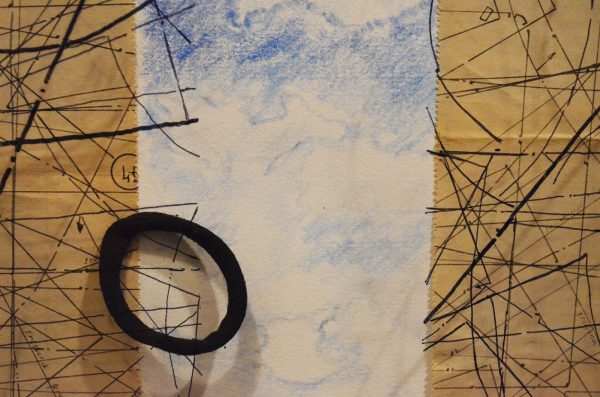 This year, while visiting a showroom, I met an older man who made a strong impression on me. I think he was sixty or seventy years old. With grey hair and beard, dressed in black. Pleasant and eloquent man. He spoke with zeal and passion about the art collection, the challenges and successes, and yet he remained strangely peaceful and calm. It was as if he knew something unknown to me and radiated with transferable serenity and mysticism.

As soon as I entered the space, on some of the books and catalogues intended for review and sale, I noticed (placed not very neatly) black hair elastics.
Having looked at the collection, the man in a talkative and good mood wanted to show me his room/office which he called a cell. In the “cell” on a long shelf to the right of the door, I again noticed lined black hair elastics. This man had no long hair and the elastics, I presumed, were not his. I thought it might be some artistic intervention that I didn’t understand, so I asked what the thing with the elastics was. Unexpectedly, I was given a sincere confession of a tragic loss (wife and son). Of the pain and dealing with it. In the end, he told me, “You might think I’m crazy, but I’ve been finding black hair elastics everywhere since then, and I want to believe that’s a way I’m communicating with them.”

At that moment I knew what this man knew, and I didn’t know. He has learned to live with pain and has found a way for life to make sense and be tolerable, in spite of it all. Now, what is even stranger, but probably explainable by the awareness of the above said, is that ever since I have been finding hair elastics almost daily on the street, but not just black.

Author of the texts: Slavica Janeslieva

Many thanks to the Velkov family, especially Gordana Velkov (Touch The Space).