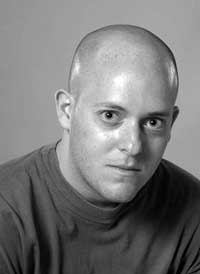 Uri Hollander (1979) is a poet, translator, musican, literary critic and journalist. He graduated summa cum laude from the Israeli Music Conservatory in Tel Aviv in 1997. In 2002, he studied at the Department of the Hebrew Bible at Tel Aviv University and from 2002 to 2005 he was a student in the Adi Lautman Interdisciplinary Program for Outstanding Students at Tel Aviv University. He received his MA in Judaic studies from the Tel Aviv University in 2005 and is currently a Doctoral student at the Department of Hebrew Literature at The Hebrew University of Jerusalem. His publications include Notes from the Miracle Fair: Essays on Modern Poetry (2003), a Hebrew translation of E. E. Cummings: Selected Poems (2003), a book of poetry The Wandering Piano (2005), selected poems in Hebrew translation Max Jacob: Les vrais miracles (2006), Portrait on the Edge of Darkness: Essays on the poetry of Israel Har (2007), poems and a classical music CD Days of the Tel-Aviv Conservatory (2007). He is currently working on selected poems in Hebrew translation Eugene Guillevic: Parenthèse and Lattices: Essays on Dan Tsalka. He is the recipeint of several awards including the Metula Poetry Festival Prize and the Israel Ministry of Education Prize for Young Poets. He lives and works in Tel Aviv, Israel.

Days of the Tel-Aviv Conservatory
February 14, 2010