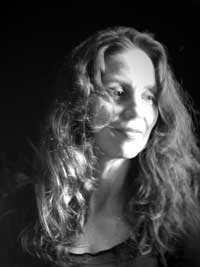 MTC Cronin’s work first appeared in print in early 1993 and since then thirteen books of her poetry have been published (three of these on the internet), between them shortlisted for the CJ Dennis Prize for Poetry, the John Bray Poetry Award (twice), the Jessie Litchfield Award for Literature, the Age Poetry Book of the Year (twice), the Judith Wright Calanthe Prize for Poetry, the Kenneth Slessor Prize for Poetry (three times), and the Wesley Michel Wright Prize for Poetry. Other awards for her work include twice runner-up in the James Joyce Foundation’s Suspended Sentence Award (open to Australian writing of any genre), runner-up in the Stand International Poetry Competition and winner of the Gwen Harwood Memorial Poetry Prize. In 2004 she was nominated for one of North America’s most prestigious literary awards, The Pushcart Prize.
Her poems have been recently anthologized in Short Fuse: The Global Anthology of New Fusion Poetry (Rattapallax, USA, 2003); The Best Australian Poetry 2003 (UQP); The Best Australian Poems 2003 (Black Inc.); The Indigo Book of Modern Australian Sonnets (Indigo/Ginninderra Press, 2003); The Best Australian Poems 2004 (Black Inc.); The Best Australian Poetry 2004 (UQP); Twenty-Five Australian Poets (Ecrits des Forges, Quebec, 2005); and The Best Australian Poetry 2005 (UQP). Her work has appeared in translation (Mandarin, French, Italian, Bosnian, Serbian, Croatian, Macedonian, Russian, Swedish, Dutch, Catalan, Spanish and German) and her 2001 book, Talking to Neruda’s Questions, has been translated into Spanish, Swedish and Italian.
Born in 1963 in Merriwa in the Hunter Valley of New South Wales, Australia, Cronin grew up in Caloundra, Queensland and following school attended first the University of Queensland and then later the University of New South Wales, the University of Technology and the University of Sydney, studying political science, law, literature and creative writing. After being employed for most of the decade of the nineties in law, she has in recent years taught literature and creative writing at primary and secondary schools and also at various universities and writers’ centres. Her poetry has been set in texts in numerous schools and at tertiary level in both undergraduate and postgraduate courses.
Presently, she is living in Maleny in the hinterland of the Sunshine Coast with her partner and three young daughters and is working on her doctorate – The Catastrophe of Meaning – which she describes as writing on poetry, law, justice and desire. She has a number of books forthcoming, the next being Irrigations (of the Human Heart) ~ fictional essays on the poetics of living, art & love, which will be published shortly by Ravenna Press in the USA.

The Ridiculous Shape of Longing
September 1, 2005