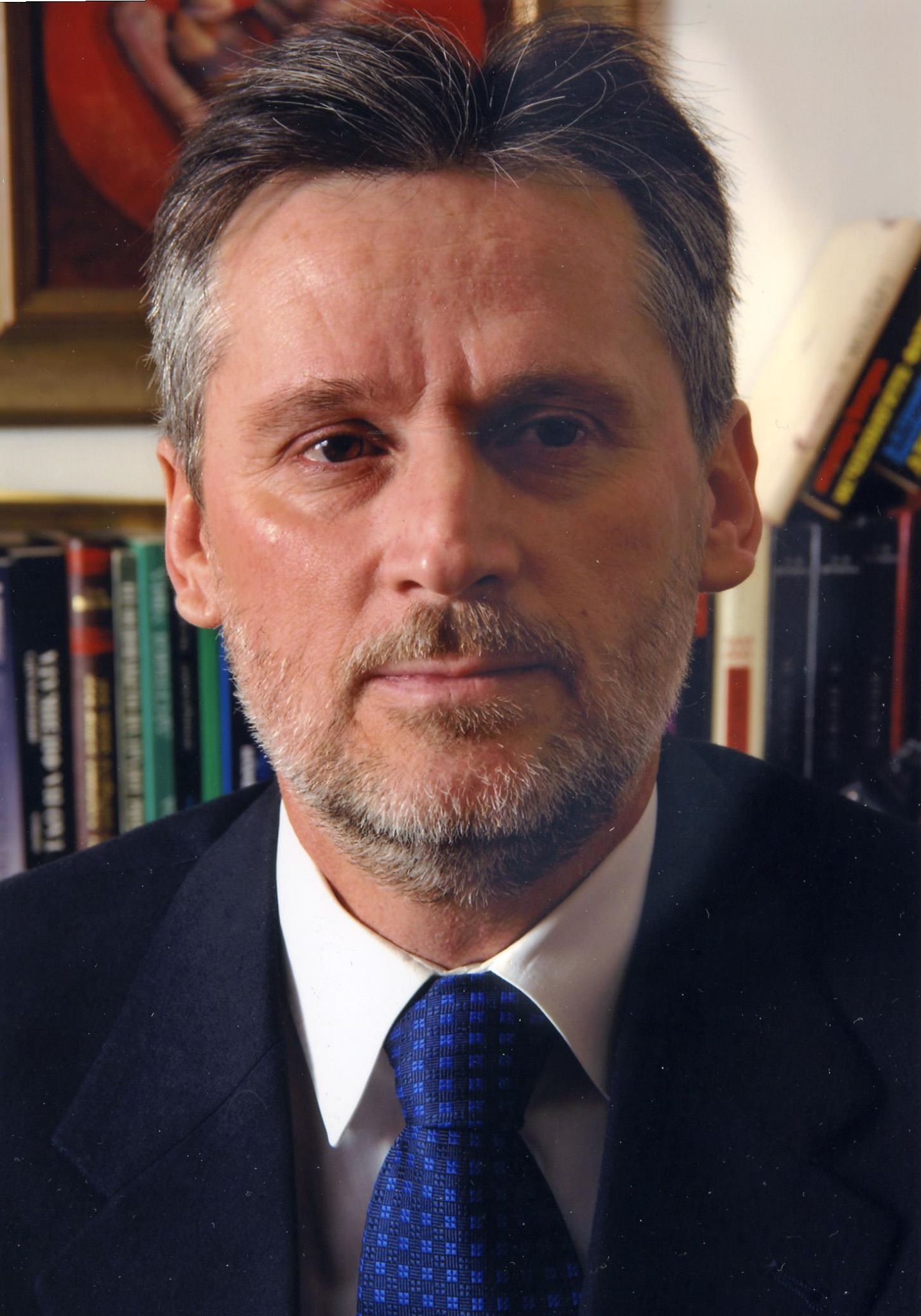 Ljuben Paunovski (1958) graduated at the Institute of Art History with archeology at the Faculty of Philosophy at the University “Ss. Cyril and Methodius” in Skopje, Republic of Macedonia, where he also obtained his Master’s Degree on the subject: “Expressionism in Contemporary Macedonian Fine Arts”, and received his Ph.D. on the subject: “The Artistic Response of Existential Paradoxes – Examples of Contemporary Macedonian Painting”.

He is the author of the books: “The Artistic Response to the Existential Paradoxes – Examples of the History of the Contemporary Macedonian Painting”, 2017, Skopje: Krodo; “Borislav Traikovski – Contemplative expressionism for the man, life and the world in robust forms and dark contours”, 2017, Bitola: Macedonian Scientific Society; “Sveto Manev. Through a confrontation with the Shadow to the enlightenment – 40 years of artistic creation”, 2009, Bitola: Municipality of Bitola, Skopje: National Gallery of Macedonia; “Trajce Jancevski. The Good mother of life – 60 years of artistic creation”, retrospective-monograph exhibition, 2009, Skopje: National Gallery of Macedonia; “Expressionism in contemporary Macedonian painting – in the context of expressionism as a permanent artistic phenomenon”, 2007, Skopje: Krodo; “Janchevski Trajche – A Dreamer with trembling enigmatic vision”, 1996, Skopje: Zum Press; “Metodija Ivanovski – Mende. 40 Years of Painting”, 1992, Skopje: Matica Makedonska.

He published numerous art reviews in a weekly radio program “Cultural Mosaic” of the First Program of Macedonian Radio, articles in catalogs for exhibitions, magazines, weekly and daily newspapers, as well as in books on the art of several authors.

He worked as a journalist, art reviewer and editor in the newspaper “Studentski zbor” at the University “Ss. Cyril and Methodius” in Skopje (1982-1986). During the same period, he was an external associate engaged as a regular art critic in the specialized weekly “Cultural Mosaic” of the First Program of the Macedonian Radio (1984-1987). After that, he is employed at the Macedonian Radio as a journalist and art critic and has been editor of the “Culture and Art Department” for several years, and then an editor of “Department of Culture and Art, Educational and Documentary Program, Drama Program and Children’s and Youth Program” (1987-1998). He was an adviser to the Mayor of the City of Skopje (1998), Member of the Parliament of the Republic of Macedonia (1999-2000), Minister of Culture (2000) and Minister of Defense (2000-2001) in the Government of the Republic of Macedonia.

In 1993 he initiated and developed the artistic concept and organizational elaborate for the establishment of the “International Graphic Triennial” (together with Vlado Gjoreski), after which the event was offered and accepted to be realized at the National Institution Institute and Museum Bitola. He was officially appointed as Project Organizer for the preparation, organization, and realization of the first held event and from his side, with personal assets, he bought a unique, antique valuable graphics / lithographic press for the manifestation.

In 2008, he was the initiator and independent developer of the artistic concept and organizational elaborate for the establishment of the “World Gallery of Drawing – Art on Paper”, which was realized within Osten, Skopje, and was an art director of the first two manifestations in 2009 and 2010.

From 2004-2018 he is an editor of the KRODO publishing from Skopje, designed to translate works of important world thinkers, and with published books by Oswald Spengler, Miguel de Unamuno, Emmanuel Swedenborg, Friedrich Nietzsche, Pyotr Uspensky, Nikolai Berdjayev, and others.

Boro Mitrikeski – sculptor of the culture of the soul
January 5, 2019