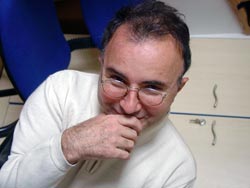 The Concept of the World in Macedonian Folk Legends
April 1, 1998