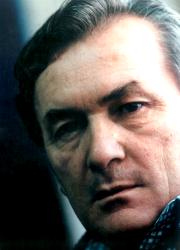 novelist, poet, translator. Born in the village of Giavato near Bitola, on 27th June 1943. Graduated from the Faculty of Philology at the “St.Cyril and Methodius” University, in Skopje. Worked for some years as a journalist, editor and Athens correspondent of “Nova Makedonija”. He was director and editor – in – chief of the publishing house “Kultura”. Currently editor – in – chief of the publishing house “Slovo”. President of the Macedonian P.E.N Centre. Member of the Macedonian Writers’ Association since 1969.
Author of the following works: Stranger (novel, 1969), Return (novel, 1972), Splinter (novel, 1974), While the Bell tolls there is no death (novel, 1980), A year in the life of Ivan Plevnesh (novel, 1985) , The House of Life (poetry, 1987), The Sarajanovo Carnation (novel, 1990), Anja’s Diary (novel for children, 1994), Temporary Sojourn (poetry, 1995), Time overcome (poetry, 1998), The Well (novel, 2001).
His books have been translated into English, Czech, Romanian, Serbian and Albanian. His works have been included in anthologies of Macedonian poetry and prose. Translates from English.
Awards include: “11th October”, “Racin Award”, “Vancho Nikoleski” and “Pecalbarska povelba”.