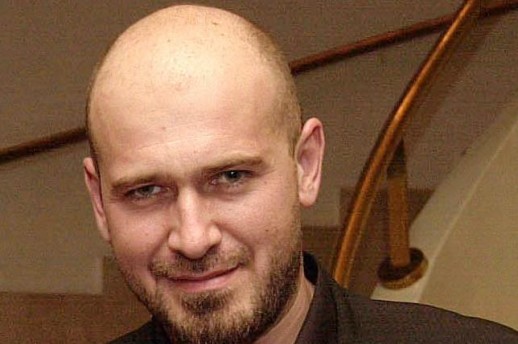 DAMIR ŠODAN (1964) poet, playwright, editor and translator was born in Split, Croatia. He graduated from the Zagreb University with a BA in English Literature and History. He has published several volumes of poetry, Sound Changes (1996), The Middle World (2001), Letters to a Wild Scythian, (2009), Café Apollinaire (2013), The Enemy Within (2018) and Raven, Buddha, Yamaha (2020, in print), two collections of plays, Safe Area (2002), The Night of the Long Beams (2009) and an anthology of contemporary Croatian “neorealist” poetry, Walk on the Other Side (2010). He was awarded the 1st prize at the playwriting competition for ex-Yugoslav writers in Vienna (2000) for the dark comedy Safe Area and the Croatian Držić prize for the burlesque Chick Lit (2012). Regionally his selected poems were published in Slovenia, Serbia and Macedonia, whereas internationally his work has been among other featured in The American Poetry Review (2007), New European Poets, (Graywolf Press, USA, 2008), Les Poètes de la Méditerranée (Gallimard, 2010), The World Record and A Hundred Years’ War (Bloodaxe, 2012 and 2014). He translated Charles Simic, Raymond Carver, Leonard Cohen, Charles Bukowski, Richard Brautigan, Frank O’Hara and many other American poets into Croatian. For over two decades he worked as a translator for the United Nations in The Hague, Netherlands, and now he is a free-lance writer and literary translator. He is an associate editor of Poezija and Quorum magazines in Zagreb, and a member of the Croatian Writers’ Association (HDP) and the Croatian P.E.N. Centre. He lives in The Hague, Netherlands and Split, Croatia.