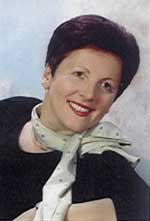 Alenka Zorman (1947) was born in Ljubljana, Slovenia. She is an active member of the Slovene Haiku Society, a member of the Editorial Board of the society’s journal “Letni Časi”, a member of the World Haiku Club, a member and an editor of the World Haiku Association and an editor for south-eastern Europe of the haiku internet websites “Aozora” and “Anti-War-Haiku-Wall”. Her poetry has been published in the American magazine “Frogpond”, in “Red Moon Anthology”, in the Japanese magazine “Ginyu”, in Croatia, Serbia and on several websites. For her haiku poetry, she has received third prize in the Apokalipsa 2000 international competition and an award for the best cycle of haiku verse at the Apokalipsa 2001 competition.