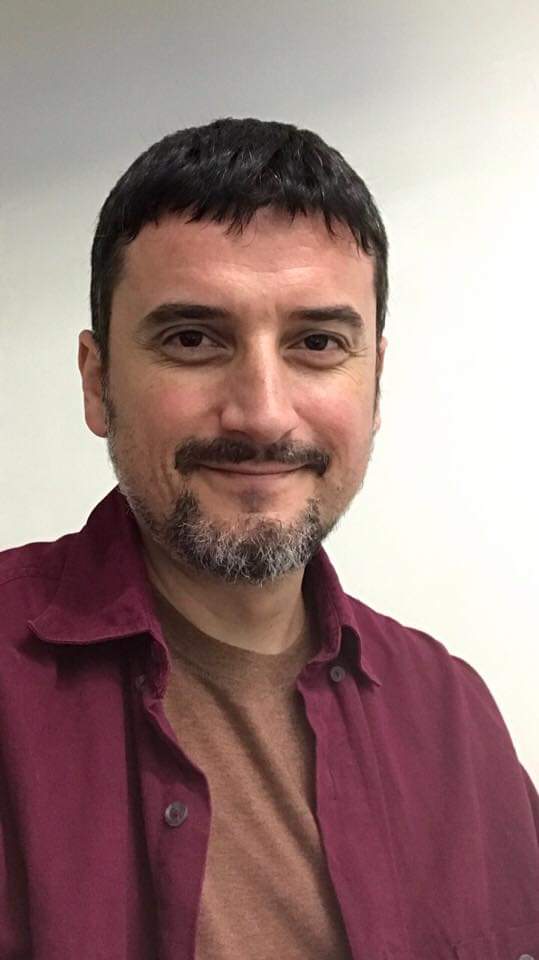 Aleksandar Stamatov was born in Skopje, 1974. He got his BA and MA degrees in Philosophy in his home-town, and PhD degree in Taiwan where he has lived for more than ten years already. He is author of two books as well as many essays and articles on Chinese philosophy and other areas, and he has also translated works of various fields of philosophy from English into Macedonian. He writes in Macedonian, English and Chinese and his texts are published in domestic and international peer-reviewed journals. He was founder and director of the philosophy club Taipei Discussion and Learning where himself held lectures on various topics from Chinese and Western philosophies. He is a member of the editorial board of Filozofska Tribina, the official newsletter of the Macedonian Philosophical Society. He is also author of a few short stories which depict his life in Taiwan.

He has a rich musical background, too. He was member of the rap group Chista Okolina, as well as the Orchestra Pece Atanasovski and the ethno band Baklava. With his tambura, as a member of various groups such as Aashti and Balkazar, he also transmits the sounds of the Macedonian traditional music in Taiwan.

Stamatov works as an Assistant Professor at the International College at Ming Chuan University in Taiwan. His main fields of research are Daoism and Neo-Confucianism, as well as philosophy of politics and ethics. He is considered the first Macedonian researcher of Chinese philosophy.

Spinoza and Laozi: God and Dao
October 1, 2019
The Influence of Ontology on Philosophy of Politics in Ancient China
November 1, 2002